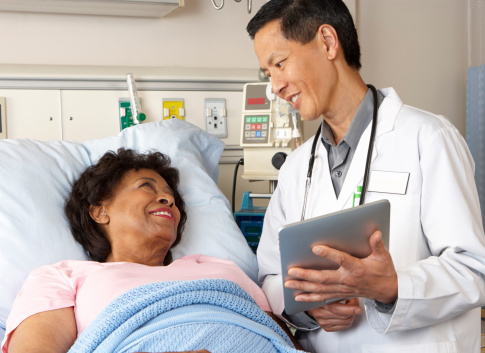 Sepsis and septic shock-related muscle damage may be repairable by stem cell therapy, according to new findings. Sepsis is an inflammatory response to a severe infection and affects nearly 28 million people worldwide, claiming the lives of eight million. In those who survive sepsis, life-long complications may occur, which are not only debilitating, but can affect a person’s day to day life. A main complication of sepsis is loss of muscular capacity, which researchers have now aimed to combat.

The findings come from the Institut Pasteur Human Histopathology and Animal Models Unit, where researchers looked at the effects of sepsis on muscle stem cells. The researchers found that after sepsis, available mitochondria – a cells powerhouse – only provide satellite cells with enough energy for basic function, but nothing more to divide and differentiate into different muscle cells that are required for muscle growth and repair.

The findings prompted researchers to explore the possibility of using mesenchymal stem cell transplantation as a potential avenue for therapy. Mesenchymal stem cells are easily cultured in laboratories and, due to their properties, are great for cell therapy transplants to repair degenerative or traumatic lesions. Mesenchymal cells are able to fully restore metabolic and division capabilities of satellite cells. 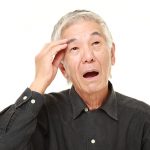 Previous research found that seniors who experienced sepsis were more likely to experience mental or physical decline. Seniors are at a higher risk for sepsis due to their weaker immune systems, and even though survival from sepsis is more and more common, life-long complications may still arise.

Of the group, 516 survived sepsis and 4,517 were hospitalized, not for sepsis, but who partook in a follow-up survey. The researchers found that 60 percent of the hospitalizations due to severe sepsis were also linked with worsened cognitive functioning and physical functioning. The researchers concluded the rate of risk was 3.3 times higher to experience cognitive and physical impairment in those who survive severe sepsis.

With the help of medical advancement, more people are not only surviving sepsis, but are living normal lives post-sepsis as well. However, there are still many cases of life-long complications that can occur after sepsis.

Long-term effects of sepsis are more common in individuals who had a chronic illness prior to diagnosis, and these individuals may have a higher likelihood of experiencing organ failure. For example, if a person who already has kidney failure develops sepsis, they may require dialysis for the rest of their lives.

Sepsis can also permanently impede on a person’s immune system, which sets them up to easily develop other illnesses. Lastly, having sepsis increases risk of mortality, even many years after the infection has been resolved.

Some individuals may experience post-sepsis syndrome, which includes the following symptoms:

Sepsis treatment involves treating the underlying infection and treating any affected organs in order to reduce the risk of organ failure. If caught early enough, your doctor will put you on antibiotics and you can easily treat sepsis at home.

If sepsis becomes severe or you endure septic-shock (a condition that brings upon extremely low blood pressure), emergency medical attention is required and you may need to stay in a hospital to receive treatment.

The list of treatment options to treat sepsis includes:

Recovery from sepsis begins in the hospital, where you can slowly work your way back to moving around and taking care of personal duties, such as bathing, showering, or walking around. Rehabilitation is necessary to bring you back as close to your normal health prior to sepsis.

When you are finally released from the hospital, the following at-home care suggestions can help further push you towards recovery.

With the help from your doctor, nurses, family and friends, you can easily adjust after sepsis and work your way back to living a normal life with minimal complications.

Sepsis and bacteremia increase the risk of septic shock, which leads to life-threatening low blood pressure. Sepsis is a potentially life-threatening complication of an infection that occurs when chemicals are released into the blood stream to fight off infection, triggering inflammatory responses through the body. This inflammation can lead to many changes that can result in organ damage and failure. Continue reading…

A compound in aspirin has been found to bind to an enzyme – GAPDH – that is believed to play a role in neurodegenerative diseases, such as Alzheimer’s disease and Parkinson’s disease. The component is salicylic acid, which stops GAPDH from moving and entering the nucleus where it can lead to cell death. There is promise that derivatives of salicylic acid may be used to treat such disorders as multiple sclerosis. Continue reading…