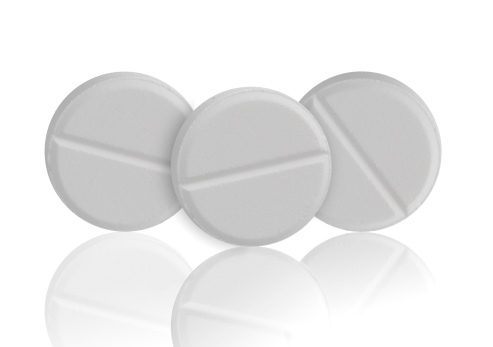 A compound in aspirin has been found to bind to an enzyme – GAPDH – that is believed to play a role in neurodegenerative diseases, such as Alzheimer’s disease and Parkinson’s disease. The component is salicylic acid, which stops GAPDH from moving and entering the nucleus where it can lead to cell death. There is promise that derivatives of salicylic acid may be used to treat such disorders as multiple sclerosis.

Previous research on salicylic acid was conducted on plants where it was found to be a critical hormone in regulating the plants immune system and the effects could be similar in humans.

The researchers performed high-throughput screens to identify proteins in the human body that bind to salicylic acid. GAPDH is a central enzyme in glucose metabolism but can play other roles within the cell. Under oxidative stress, GAPDH enters the nucleus, which leads to cell death.

Co-author Dr. Solomon Snyder said, “The enzyme GAPDH, long thought to function solely in glucose metabolism, is now known to participate in intracellular signaling. The new study establishes that GAPDH is a target for salicylate drugs related to aspirin, and hence may be relevant to the therapeutic actions of such drugs.”

Earlier in the year the research team uncovered HMGB1, which salicylic acid also targets. HMGB1 plays a role in inflammatory diseases, such as arthritis, lupus and sepsis. Low levels of salicylic acid may block pro-inflammatory activities.

“A better understanding of how salicylic acid and its derivatives regulate the activities of GAPDH and HMGB1, coupled with the discovery of much more potent synthetic and natural derivatives of salicylic acid, provide great promise for the development of new and better salicylic acid-based treatments of a wide variety of prevalent, devastating diseases,” concluded senior author, Dr. Daniel Klessig.