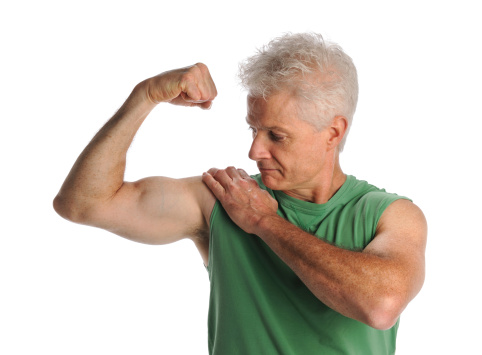 Getting older is synonymous with becoming frail and weak. It is mostly due to the loss of muscle that the aging process is known for. While it might not be easy for seniors to build muscle, a new study finds that if seniors were to consume protein three times a day, it could make them stronger.

A research team from the Research Institute of the McGill University Health Centre (RI-MUHC) in collaboration with the Université de Sherbrooke and the Université de Montréal examined protein consumption and protein distribution among elderly individuals aged 67 and above.

Protein is a building block of the body, an amino acid that is primarily part of a healthy diet. Protein helps to repair cells and make new ones, especially muscle. Good sources of protein include meats, milk, fish, and eggs.

They were looking to see if people who incorporated more protein into their diets were gaining any sort of benefit from doing so. Many seniors in North America tend to consume the most protein during lunch and dinner. The research team wanted to find out if balancing this protein intake by incorporating it in breakfast could increase muscle strength.

The study in question involved the analysis of nearly 1,800 people who were followed for three years. Participants consisted of 827 men and 914 women age 67 to 84 years old, all of which were considered healthy with no serious health complications.


All data was derived from the Quebec longitudinal study on nutrition and aging called NuAge (Nutrition as a Determinant of Successful Aging). The lead author of the study, Dr. Stéphanie Chevalier, is a scientist with the Metabolic Disorders and Complications Program at the RI-MUHC.

The NuAge study is one of the few studies that has gathered detailed data on food consumption among the elderly population in the province of Quebec.

The results of the analysis found that both men and women who consumed protein at breakfast, lunch, and dinner had more strength than those who ate protein only during evening meals. The researchers did note, however, that this association was not linked to any changes in mobility.

“Our research is based on scientific evidence demonstrating that older people need to consume more protein per meal because they need a greater boost of amino acids for protein synthesis. It would be interesting to look into protein sources and their amino acid composition in future studies to further our observations,” says Dr. Chevalier.

Delicious protein-packed foods you have to try

The superfood you should be eating more of