Home » General Health » Seniors Have Sharper Memory Than Ever Before 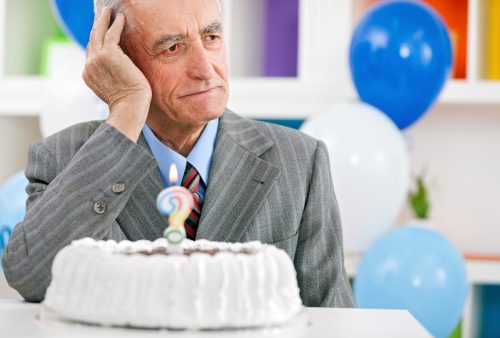 New research shows that seniors today have sharper minds than they did years ago. Yet another reason to enjoy getting older!

During a European-based study, more than 200 elderly men and women who visited a Paris hospital between 1991 and 1997 were selected to participate in tests for their thinking and memory skills. They were compared to 177 other people tested from the same hospital between 2008 and 2009.

The participants under the age of 80 performed better on the cognitive testing than did the older participants, which makes perfect sense from an age perspective. It became interesting, though, when the 2000’s group as a whole did better than the 1990’s group. People tested more recently ended up scoring an average of 83.2 out of 100 on the tests, compared to 73.5 for the earlier participants. The exams were the same for each type of test, including remembering stories and the ability to separate objects into various categories correctly.

Research traditionally has shown that people 65 and older can experience some form of memory loss. Sometimes there are underlying medical problems that can cause memory loss. This is often referred to as “age-associated memory impairment” and is considered perfectly normal.

However, dementia is not normal. With dementia, social functioning can be impaired and the ability to carry out simple daily tasks can be hampered. Symptoms vary from person to person.

How To Explain Improved Memory

The European study involved participants that had no signs of dementia or other memory problems. So how did the authors explain the results? How is it that older people seem to be maintaining a sharper memory longer? The researchers have said the trend may just be a sign that the longer you live, the more good years you have. The more likely explanation is that better drug therapies for controlling high blood pressure, heart issues and other health problems could be having a positive impact on aging men and women. Education and socioecomic status can also play a role on this improvement.

A comprehensive study called “Midlife in the United States” or “Midus” appears to support the idea that an active, well educated mind makes a big difference for older people. The study, which entered its third phase last year, has examined well over 7,000 people and touches on something called “crystallized intelligence.” This refers to skills that are attained through education and life experiences. The researchers in the Midus study have said that higher education seems to slow the brain’s aging process down by as much as a decade.

No matter what age you might be, there are ways to maintain a good memory. Harvard Medical School promotes seven easy steps to keep your mind sharp:

Use all of your senses: The more senses you use when you are learning, the more your brain will retain the information in your memory.

1. Keep learning.
A higher level of education has been linked with better mental functioning as we get older.

2. Believe in yourself.
Older people do worse on memory tasks when they’re exposed to negative stereotypes about aging.

4. Repeat what you want to know.
Write it out or read it out loud to reinforce the connection in your mind.

5. Space it out.
Repeat or reinforce information after increasingly long periods of time.

6. Make a mnemonic.
A creative way to remember lists. For example, “Every good boy does fine” to remember musical notes E, G, B, D and F on the lines of a treble clef.

Not all memory loss is simply age-associated. If and when memory problems become extreme, seek medical attention. The sooner the issue can be addressed, the better chance there is of slowing down its progression.