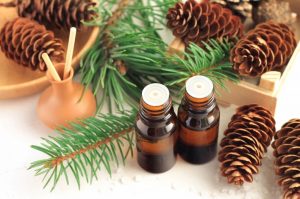 When facing high levels of “bad” cholesterol, or low-density lipoprotein (LDL) cholesterol, we are usually given a list of foods or substances to avoid consuming. However, new research has found something that you should consume when trying to lower your cholesterol: seed oils. This is the first study to actually compare a plethora of different vegetable and seed oils to determine which were the most beneficial to consume.

The meta-analysis focused on 55 studies that met the researchers’ inclusion criteria. Each study’s focus was on comparing the effects of two oils or more on participants’ blood lipid levels within a strict caloric intake per day. To be included in the analysis, the studies were required to have a follow-up period of at least three weeks’ time. By using network analysis techniques, the study authors were able to determine which oils had the best outcomes, even if those two oils themselves were never compared in a single study.

“The beauty of this method is that you can compare a lot of different interventions simultaneously,” said Lukas Schwingshackl, one of the researchers involved in the study. “In the end, you get a ranking. You can say, ‘this is the best oil for this specific outcome.'”

The findings of the study do confirm some of the advice high cholesterol patients are currently receiving – solid fats like butter or lard have the most detrimental effects on LDL and blood lipids. The researchers say that their analysis found seed oils to be the healthiest alternatives to these saturated fats. “Sunflower oil, rapeseed oil, safflower oil, and flaxseed oil performed best,” said Schwingshackl. “Some people from Mediterranean countries probably are not so happy with this result, because they would prefer to see olive oil at the top. But this is not the case.”

Interestingly, the seed oils that the researchers found to be the best at lowering LDL were not the same oils that most improved triglycerides or HDL cholesterols. The researchers were even unable to determine which of the seed oils was the “best.” The findings are also limited in their clinical significance. Having high LDL cholesterol is a risk factor for coronary heart disease, but it does not mean that you will actually get coronary heart disease if you lower it or not.

While there is a conclusive relationship between the intake of seed oils as an alternative for butter or other vegetable oils and lowering LDL cholesterol, this should not be used as a treatment option for coronary heart disease or any other cardiovascular condition resulting from high cholesterol.

The researchers conclude by saying that performing a study to compare the results of different oils on cardiovascular diseases would require finding participants who were willing and able to consume only one type of oil or fat over many years, something which is highly unlikely that people would agree to do or be able to do successfully enough for conclusive evidence to be drawn.