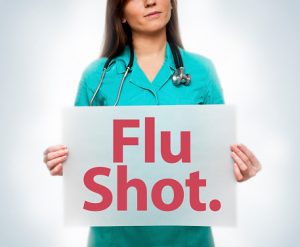 The seasonal flu shot can help reduce the risk of influenza, swine flu, and even cut your risk of stroke. This year’s flu shot, in particular, has been shown to be the most effective in the last few years, with nearly a 60 percent effectiveness, according to reports from the Centers for Disease Control and Prevention.

Although the 2015-2016 flu season has been a mild one overall, due to warmer temperatures, researchers suggest that this year’s flu shot has also played a role in lowering the number of flu cases.

The flu shots were associated with a significant one-quarter reduction in the risk of stroke, they found. The reduction was even greater if the vaccination was taken at the very beginning of the flu season, also noteworthy. There was, however, no real change in the risk of mini-stroke with flu vaccinations. And pneumococcal vaccination did not seem to lower overall risks of either stroke or mini-stroke.

Researchers from the U.K.’s University of Lincoln and the University of Nottingham found that patients vaccinated against influenza were less likely to suffer a stroke during the same flu season – as much as 25 percent reduction. Their findings were originally reported in the scientific journal, Vaccine. Four years ago, the same team showed a link between flu shots and the reduced risk of heart attack.

In their recent study called IPVASTIA, statisticians analyzed records of more than 47,000 patients who had suffered a stroke or even a mini-stroke – what’ s called a transient ischemic attack (TIA) – between 2001 and 2009. They took into account other factors that could explain the risk associated with flu vaccination, including age, existing diseases, and treatment history.

“We know that cardiovascular diseases tend to hit during winter and that the risks may be heightened by respiratory infections such as flu,” lead investigator Niro Siriwardena told Science Daily. He’s a professor of primary and prehospital health care at the University of Lincoln’s School of Health and Social Care.

“Further experimental studies would be needed to better understand the relationship between flu vaccination and stroke risk. However, these findings reinforce the value of the U.K.’s national flu vaccination program with reduced risk of stroke appearing to be an added health benefit.”

Generally, a seasonal flu vaccination is suggested for people over the age of 65 and other at-risk groups, such as those with disabilities or chronic illnesses. But in the U.K., for instance, the use of the vaccine across the country is lower than national targets. Back in 2012, only 74 percent of those over 65 took the vaccine, compared to 50 percent of those under 65 in at-risk groups.

So consider getting your flu shot today. Your body will thank you in more ways than one!