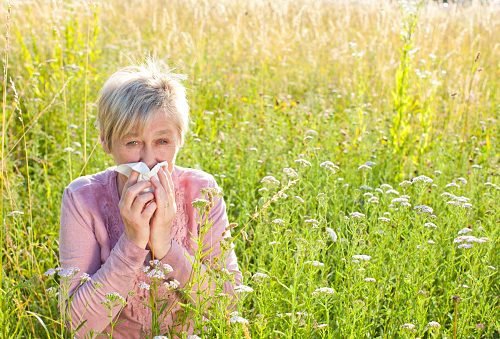 With the change of the seasons—especially the transition into spring—comes misery for allergy sufferers. These individuals often don’t take the right precautions in time to prevent these annoying symptoms, leaving them caught off guard when they inevitably hit.

A survey conducted by the Asthma and Allergy Foundation of America asked more than 1,000 adults with seasonal allergies and more than 500 parents of children with seasonal allergies how they prepare for them when spring arrives. Three out of four only thought of managing symptoms once they were experiencing them or when the allergy season had already begun. Also, more than half did not know that prescriptions were available to ease their allergy symptom, while roughly a third did not know their allergy triggers or how to ease symptoms. Less than half of adults surveyed visited a doctor for advice or got a prescription for an allergy treatment before allergy season began.

“Not thinking about allergies until symptoms occur is inviting misery,” said Dr. Rita Kachru, an allergist at UCLA Medical Center. “Once triggered, you are playing catch-up,” she explained.

So, what is the best course of action for allergy suffers?

Reduce the amount of allergen exposure in your household by closing the windows in your home and staying indoors during days of high pollen counts. If exposure to allergens is unavoidable, nasal gargling is a useful method for reducing the number of allergens that have bound to the nasal mucus, triggering an allergic response.

Nasal gargling can be done with the use of an irrigation bottle that can be bought at your local drugstore or online. Fill it with about eight ounces of distilled or boiled water—waiting for it to cool down first. Add a half teaspoon of salt and a quarter teaspoon of baking soda. This can then be irrigated through the nostrils for allergen relief, using about four ounces of water per nostril. This regimen can be halved for use in children. Also, it is important to note that you should never use unboiled tap water.

“Tap [water] has a certain amount of bacteria that is not good up the nose,” Kachru explained.
Nasal gargling may not appeal to small children and older children may be unwilling as well. For them, Dr. Hernandez-Trujillo prefers the neti pot to nasal gargling. However, if they won’t use either method, avoidance of allergens if possible is the next best option. Otherwise, medications such as oral antihistamines, intranasal steroids, and intranasal antihistamines can help.

It is important to identify if your child does suffer from seasonal allergies, as having a sinus infection can present in much the same way. It is advisable for parents to take their children to the doctor or pediatrician to test for allergies and to speak to them before the use of any medications.

Allergy suffers may be interested in receiving allergy shots or immunotherapy. This is a course of treatment that involves small amounts of the allergen being injected into the body, which steadily becomes desensitized. This may take three to five years to be completely effective.

“The longer you do it, the better,” she said. “Eighty-five percent of people who undergo allergy immunotherapy will be asymptomatic and have that last for eight to 10 years.”

Related: These common mistakes are making your allergies worse