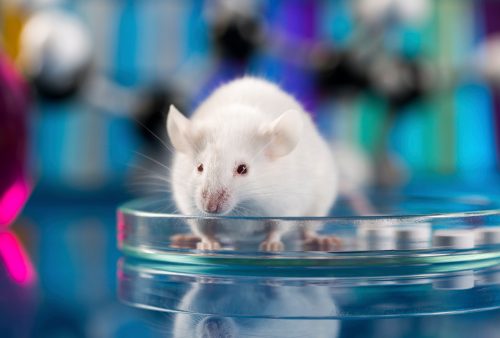 A joint study from Lomonosov Moscow State University and Stockholm University has discovered the role of the mitochondria in aging at the cellular level, and allowed scientists to slow this process.

Russian biologist and professor Vladimir Skulachev developed a compound known as artificial antioxidant SkQ1 that specifically targeted the mitochondria in genetically modified mice and slowed the rate at which they aged. These mice had a mutation introduced into their genomes that accelerates mutagenesis within the mitochondria and resulted in a more rapid rate of aging. The rodents in the study were found to live for less than one year, while the average lifespan of a normal mouse is over two years. Modified mice were also more prone to developing age-related diseases.

These mice were used to test the efficacy of artificial antioxidant SkQ1 on slowing the aging process at a cellular level. The genetically modified mice were split into two groups, with the first receiving doses of the compound in their drinking water once they reached 100 days old, and the second group drinking plain water. The protective effects of the compound were seen beginning when they reached between 200 and 250 days old, with the plain water group showing signs of age-related diseases such as weight loss, decreased body temperature, curved spines due to osteoporosis, thinner skin, hair loss, and limited mobility and oxygen consumption.

Scientists believe this damage is due to free radicals – the toxic byproducts produced by the mitochondria. Mice in the first group benefited from the protective properties of the compound and saw slower progression of these age-related traits, with some not developing at all.
Skulachev commented on the results of the study, stating, “This work is quite valuable from both theoretical and practical points of view. First, it clearly demonstrates the key role of mitochondrially produced reactive oxygen species in the process of aging of mammals. At the same time, our study opens the way to the treatment of aging with mitochondrially targeted antioxidants.”

The success of this study has spurred Skulachev on to develop pharmaceuticals utilizing his compound – the first of these products is already on shelves in Russia and has passed the second phase of clinical trials in the United States. With further trials and research, medications may soon be developed to prevent and slow the damage caused by age-related diseases.