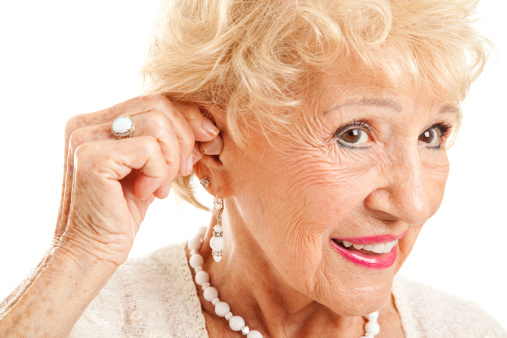 Hearing loss is a problem that many people around the country have to deal with every day. In 2001, there were over 22 million people in the U.S. with hearing loss or impairment; by 2009, this number skyrocketed to 34.25 million, with 1.2 million of them suffering from severe hearing loss or complete deafness.

But while we’ve largely come to accept hearing loss as an inevitability of aging and certain environments, researchers still don’t understand exactly why it occurs, or how to reverse it. That’s why one group of researchers was recently taken aback when they accidentally stumbled on a major factor that contributes to hearing loss – one that, up until now, was largely ignored, and seems to play a much more significant role in hearing and auditory processing than we ever imagined before.

Click here to find out how you can reduce ringing in the ears, improve circulation and fight free radical damage to your hearing.

There are many things that can be responsible for hearing loss:

All of these things can cause hearing loss, and the treatments for each type of hearing loss are different. However, a new link has been discovered that could lead doctors to understand hearing loss more intimately than they ever have before.

The new discovery links hearing loss to an odd and completely unexpected link – estrogen. We’ve known for several decades that this hormone plays a huge role in reproduction and women’s health, but doctors never imagined that it may also play a role in our ability to hear as well.

On May 5th, the Journal of Neuroscience published the findings of a study conducted by researchers Jin Jeong, Lisa Tremere and Raphael Pinaud of the University of Rochester. While the study originally intended to look at how estrogen levels affect the brain’s ability to process auditory stimuli, they discovered that this sex hormone has a lot more to do with hearing than was previously imagined.

Estrogen is needed by the brain to extract and interpret signals that come from from our ears. The brain uses estrogen to receives and interprets the information in a quick matter of milliseconds.

The researchers discovered that increasing the levels of estrogen in the portions of the brain that process auditory signals from the ears could help to heighten the sensitivity of the neurons that received the signals. The neurons were also able to encode the subtler and more complex features of the auditory stimulus.

If the body stops producing estrogen, or if the estrogen hormone is blocked from functioning properly, than the brain’s ability to process signals from the ears becomes largely impaired. Estrogen in the brain not only ensures that sound is extracted and interpreted properly, but it also activates the genes that caused the brain to store memories of the sounds heard. This indicates that estrogen plays a part in not just hearing, but also in learning and the ability to form memories. While further research is required to determine just how much of a role estrogen plays in the brain’s ability to detect and store sound signals, the accidental discovery of this essential function of estrogen can provide amazing insights into future cures and treatments for hearing loss.