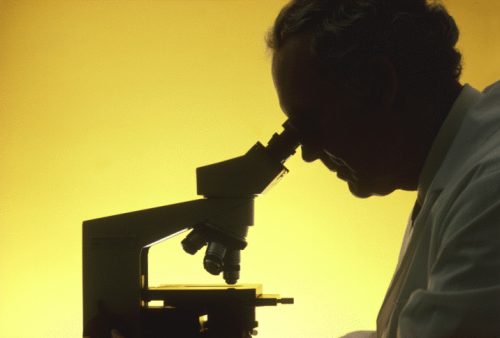 Living longer is something we all wish we could do. Having more time to spend with our loved ones, to travel and see all the places we couldn’t, and to achieve the goals we previously had no time for. But sadly, this is not our current reality, as we all have to make sacrifices for the sake of time.

However, a group of UCLA biologists believe they are on the right track to making this dream of living longer a reality. The team was able to substantially improve the health and longevity of middle-aged fruit flies, organisms notorious for having a short life span of approximately two months.

The researchers are optimistic that their work could potentially delay the onset of several degenerative conditions such as Alzheimer’s disease, Parkinson’s disease, cardiovascular disease, and even cancer.

The energy source of the cell

Much of their focus was on the “power generators” within cells, known as mitochondria. These cell components are known for controlling a cell’s growth and determining when they live and die. As people age, the mitochondria within cells become damaged and tend to accumulate in the brain, muscles, and other organs.

This lifecycle of mitochondria was observed in one-month-old fruit flies, as their mitochondria changed from their original small, round shape.

“We think the fact that the mitochondria become larger and elongated impairs the cell’s ability to clear the damaged mitochondria. And our research suggests dysfunctional mitochondria accumulate with age, rather than being discarded,” said David Walker, senior author and UCLA professor of integrative biology and physiology.

To explore this theory further, the scientists removed damaged mitochondria by breaking up the enlarged ones into smaller pieces. After doing so, the flies became more energetic and had more endurance. It was reported that female fruit flies lived 20 percent longer and males lived 12 percent longer than the typical life span of your average fruit fly.


Getting rid of the clutter

It is thought that a protein called Drp1 played a vital role in the observed result of this experiment. Drp1 is known to aid in the clearance of damaged mitochondria, but tends to decline in availability with age. This protein was given to the fruit flies for one week when the flies were 30 days old, and is believed to be the primary cause of the observed effect in longevity.

“It’s like we took middle-aged muscle tissue and rejuvenated it to youthful muscle. We actually delayed age-related health decline. And seven days of intervention was sufficient to prolong their lives and enhance their health,” Walker said.

Leaky intestine is a condition that occurs very commonly in aging worms, mice, and monkeys. This increase in intestine permeability was seen to be delayed in fruit flies given more Drp1.

The research team hopes that their work will someday help humans slow down the aging process and give doctors more time to help treat age-related diseases.

This is the secret to a longer life