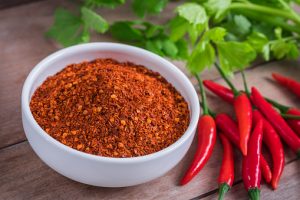 Most of us like to think that we have a diverse palate and enjoy all types of different cuisines. But in reality, we usually eat the foods we find most enjoyable, and this often equates to fast food and pre-packaged goods. But what if I told you variety is the spice of life, literally. According to a new study in China, the consumption of chili peppers may be the key to living a long life.

The efforts of a multi-year-long research study have found one of China’s most popular ingredients appears to be one of the reasons why their population is living so long, as it is consumed by nearly half a billion people. Previous studies have linked the spice to other health benefits such as the treatment of disease and pain relief, and this is one more accolade to add to the list.

While research into chili peppers and their life-extending properties is nothing new, a recent study published in the British journal BMJ found that people who ate spicy foods six or seven days a week had a 14 percent relative reduction in total mortality when compared to those who only ate spicy foods less than once a week. What was more interesting was the fact that this correlation was stronger in the frequent spicy eaters who didn’t drink alcohol.
The researchers think that the active ingredient in chili peppers, called capsaicin—responsible for producing the heat sensation commonly associated with chili peppers—is the reason for the increase in lifespan. Capsaicin’s reported benefits include reducing appetite and obesity and lowering the risk of certain cancers. Chili peppers may also have antibacterial activity and encourage healthy gut bacteria.

Not everyone likes it when their mouth feels like it’s on fire. Most western diets stay clear of spice, but the western diet is also linked to weight gain and an increased risk of heart disease, so it isn’t doing you and favors. If you are feeling adventurous and want to try new spicy recipes, you really should.

Longer lifespans among those who care for others