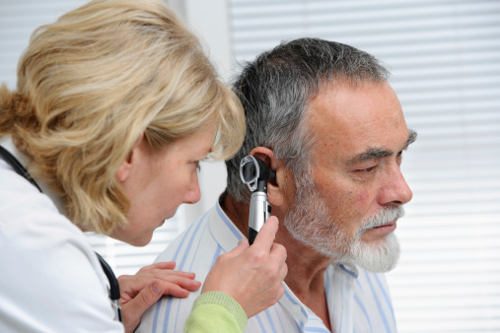 Our ability to use our ears to hear the world around us is a vital trait that makes navigating the world around us much easier. We use our hearing every day and often take it for granted. Approximately 15 percent or 37.5 million Americans report having trouble with their hearing.

There may be some hope for some of those affected by deafness, as a group of scientists at Oregon State University has found a better way to study a protein involved in the hearing process to be used for gene therapy.

Gene therapy is designed to introduce genetic material into cells to compensate for abnormal ones or provides some sort of benefit. Essentially, this form of therapy can help modify the function of genes.

A source of deafness

Mutations in a protein called otoferlin have been linked to severe congenital hearing loss, with those affected not being able to hear anything at all in the majority of cases. Otoferlin is essential for the development of proper hearing.

“It’s a one-trick pony of a protein. A lot of genes will find various things to do, but otoferlin seems only to have one purpose and that is to encode sound in the sensory hair cells in the inner ear. And small mutations in otoferlin render people profoundly deaf,” said corresponding author Colin Johnson, associate professor of biochemistry and biophysics.

Otoferlin can be found in the cochlea of the inner ear and acts as a calcium-sensitive linker protein. If this protein were to become mutated, bindings between the protein and a calcium synapse in the ear can weaken, leading to deficiencies in that interaction. This is thought to be the root cause of this congenital form of deafness.


Finding a way to make it work

The protein has been difficult to study, owing to its big size and low solubility. The researchers successfully developed a single-molecule colocalization binding titration assay, also known as smCoBRA. This new assay will help to quantitatively probe otoferlin.

They needed to find a way to make the protein smaller or make it truncated to be used for gene therapy. Finding a miniature version of otoferlin’s helps allow the scientists to package them into the gene delivery vehicle.

If the scientists are successful, it would be a major milestone. Gene therapy for otoferlin and other large proteins could hopefully lead patients to regain their hearing.

Surprising cause of hearing loss