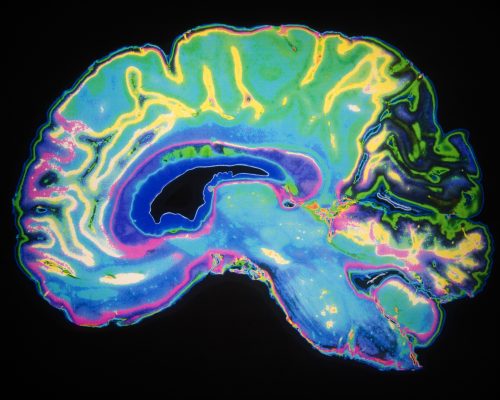 Schizophrenia and Alzheimer’s disease risk is linked to brain inflammation, according to a study published in the American Journal of Psychiatry. The researchers found that immune cells are more active in the brains of individuals in high-risk group for schizophrenia and Alzheimer’s disease, and who have already been diagnosed with such conditions. The findings point out that early testing for individuals at risk could onset earlier treatment to avoid severe symptoms.

The researchers used positron emission tomography (PET) scans to measure immune cell activity within the brain. These cells – known as microglia – respond to damage and infection in the brain, and are also responsible for rearranging connections between brain cells to ensure they work efficiently. This process is known as pruning.

Lead author Peter Bloomfield said, “Our findings are particularly exciting, because it was previously unknown whether these cells become active before or after onset of the disease. Now we have shown this early involvement, mechanisms of the disease, and new medications can hopefully be uncovered.”
Dr. Oliver Howes, head of the psychiatric imaging group at the MRC Clinical Sciences Centre, added, “Schizophrenia is a potentially devastating disorder, and we desperately need new treatments to help sufferers. and ultimately to prevent it. This is a promising study as it suggests that inflammation may lead to schizophrenia and other psychotic disorders. We now aim to test whether anti-inflammatory treatments can target these. This could lead to new treatments or even prevention of the disorders altogether.”

The researchers recognize that this study adds further evidence on the role of inflammation in the brain in relation to brain disorders. With further investigation and deeper understanding, these findings can help to improve treatment options for patients.

The researchers then studied microglia activity in mice that developed Alzheimer’s disease. They tried to block the microglia activity to determine its effects on Alzheimer’s. The mice were given a blocker of CSF1R, and saw that it prevented microglia numbers from growing. Loss of communication between nerve cells was also prevented. The mice experienced fewer memory and behavioral changes. Lastly, they found blocking CSF1R also maintained a normal level of microglia and prevented excess amounts.

Lead author Dr. Diego Gomez-Nicola said, “These findings are as close to evidence as we can get to show that this particular pathway is active in the development of Alzheimer’s disease. The next step is to work closely with our partners in industry to find a safe and suitable drug that can be tested to see if it works in humans.”

Researchers from the Monell Center recently collaborated with the U.S. Department of Agriculture (USDA), and other institutions to do a study on odor as a biomarker for Alzheimer’s disease. The study was conducted on mouse models. Alzheimer’s is the most common form of dementia, and close to 5.1 million Americans over the age of 65 are affected by this debilitating disease. Continue reading…