Home » Weight Management » Functional Foods » Salt. Why You’ve Been Getting the Wrong Information 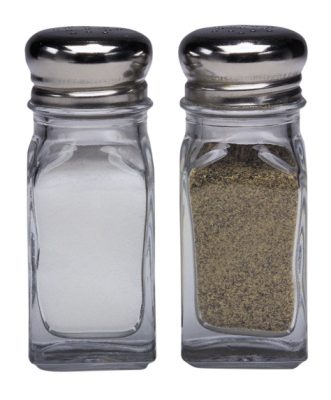 Over recent years, you have probably been bombarded with information saying that you should reduce the amount of salt in your diet to prevent high blood pressure in an attempt to decrease the risk of stroke, heart attack, and heart disease. Aging increases the risk of suffering from one of these conditions, therefore many individuals looks for ways to decrease the risk of damage occurring.  However, the recommended reduction of salt intake in your diet may not be warranted according to two studies from 2011. The two studies showed that there may be no benefit to salt reduction in your diet and you may actually cause more damage by restricting it from your diet.

The Ways This is Damaging Your Diet

The first study was conducted by Rod Taylor who is a professor at Exeter University and was published in the Cochrane Library.  He analyzed seven trials including over 6,500 participants and found that while reducing salt intake in the diet slightly reduced blood pressure, it did not reduce the risk of heart disease or premature death.  Additionally, he found that for individuals suffering from heart disease, reducing salt intake was actually associated with an increased risk of premature death.

The second study, published in the Journal of the American Medical Association used data from two different studies and included about 3,500 participants.  They analyzed urine samples to determine diet salt intake. The results showed that those who consumed high levels of salt did not have an increased risk of high blood pressure and they were also less likely to die from heart disease when compared to individuals with a low salt diet. The researchers stated that a generalized recommendation to reduce salt intake can pose a danger to the public.  There are some benefits to reducing intake, but there are also adverse reactions that can occur.

The Study About Salt Intake and Damage Reduction

The two 2011 studies are supported by a 2012 review that was published in the American Journal of Hypertension. The researchers, Alderman and Cohen stated that multiple randomized trials have demonstrated that reductions in salt increase plasma renin activity ad aldosterone secretion, insulin resistance (possibly leading to diabetes), sympathetic nerve activity, as well as serum cholesterol and triglyceride levels. All of these increases can lead to damage in various body systems and can result in complications and premature death.  Alderman and Cohen analyzed 23 observational studies which included about 360,000 individuals. They found that negative health outcomes were associated with low levels of salt intake that is currently recommended in both the United States and the United Kingdom.  Additionally, salt intake above or below the range of 2.0-6.0 g per day increased the risk of cardiovascular damage .

In order for your body to function properly, your diet needs to include salt (sodium).  Salt is needed to maintain the proper fluid balance in your body.  Additionally, it helps to transmit nerve impulses and helps with the contraction and relaxation of muscles. These bodily functions are necessary throughout the aging process.  Restricting salt in the diet may interfere with normal body functions throughout the aging process.  Before restricting salt in your diet, be sure to speak with your medical professional so you don’t cause unnecessary damage.