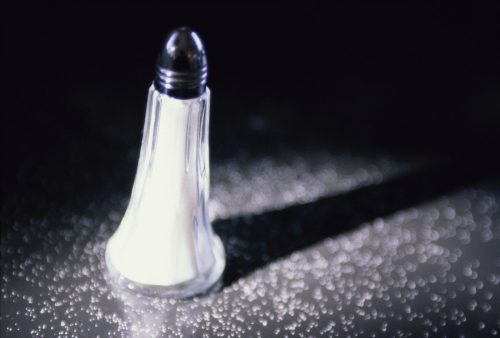 New research from the University of Vermont suggests that in mice models, salt intake may increase the risk of developing multiple sclerosis (MS).

With the use of three genetically different groups of mice, researchers conducted their study. The mice were fed either a high salt diet or a control diet and researchers induced a disease that mimics MS into the mice. One group of mice, both male and female, who were fed high amounts of salt showed worsened signs of MS. In another group only the females showed a negative response to salt. Lastly, the third group had no response to the salt. Researchers said this reveals that genetics are crucial, and the mice that had no response to the salt had no changes to their immune cells, but had a weaker blood-brain barrier.

“As is the case with other things, you need to get enough salt so your body functions properly, but not too much or things start to go haywire,” said Dimitry N. Krementsov, a researcher involved in the study.

“This report helps shed light on what can go wrong in individuals with genes that make one susceptible to autoimmune disease. It also helps us understand how much salt is just right for any given individual.”

Although the research shows the impact salt has on MS, it is just one environmental factor out of many that may contribute to the disease.

Multiple sclerosis is a disease where the immune system attacks the body’s own myelin – the protective layer of the nerves. This damage leads to miscommunication to the brain hindering a person’s ability to perform normal functions. Multiple sclerosis affects an estimated 400,000 Americans with more cases in women than men. There is currently no cure for MS and once the nerve damage is done, it’s irreversible. Current available treatments may slow down progression.

The current research was published in The Federation of American Societies for Experimental Biology (FASEB).