Home » Health News » Is It Safe to Eat Cheese? 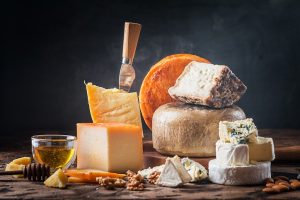 If you love cheese as much as I do – I’m Italian, I can’t help it – then you’ll want to listen closely. Cheese has not been found to negatively affect your heart as previously believed.

There has been a long debate about dairy and cardiovascular health because dairy products tend to be high in saturated fat, which can contribute to high cholesterol and threaten heart health. But the recent study looked at data from over 22 years and found that the saturated fat found in dairy products won’t increase the risk of heart problems later in life.

The study looked at 2,907 adults 65 and older all without any form of cardiovascular disease.

Fatty acid concentration in blood plasmas was measured at the start of the study, again at six years, and again at 13 years. By the end of the study, there were 2,428 deaths – 833 were attributed to cardiovascular disease.

The researchers found that those with higher recorded fatty acid levels in their blood had a 42 percent lower risk of dying from stroke. Additionally, heptadecanoic acid found in the blood was linked with a further reduced risk of death by cardiovascular disease.

Lead author of the study Marcia Otto explained, “Our findings not only support, but also significantly strengthen, the growing body of evidence which suggests that dairy fat, contrary to popular belief, does not increase risk of heart disease or overall mortality in older adults. In addition to not contributing to death, the results suggest that one fatty acid present in dairy may lower risk of death from cardiovascular disease, particularly from stroke.”

Now, you should still avoid consuming large amounts of cheese because all good things should be consumed in moderation. But at least the threat that your love for cheese is hurting your heart isn’t a serious threat. Always ensure you’re eating a balanced, healthy diet, that can now include some delicious cheese.