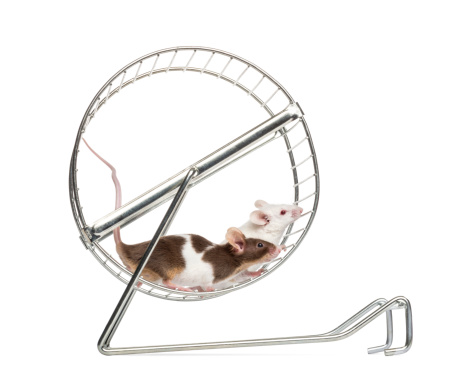 Excess fat is something we all try to get rid of. Having love handles or a double chin can be embarrassing, as they are visible. However, new research involving mice has found that our bones can also be a reservoir for fat cells. According to researchers, this can be seen as a potential benefit for those struggling with obesity.

The researchers were interested to see what effect running exercises had on the bone structure of mice. It is known that exercises help strengthen bone, and it’s documented that it helps those suffering from bone disorders like osteoporosis.

Experiments with lean and obese mice were carried out by having them perform running exercises on cage mounted wheels.

Two groups of mice were used for the study—14 lean and 14 obese. All mice were 14 months of age.

After six weeks, the scientists measured bone densities of both mice groups. They found that bone had become 20 percent denser overall.


Purpose of fat in bone marrow

Bone marrow has been known to carry fat cells, but no one knew they behaved in a similar fashion to fat cells found elsewhere in the body. Fat is typically viewed as a source of energy for the body, and now, bone marrow has been linked to this process.

Understanding the physiology behind fat storage remains a focus for the research group. Discovering why exercise affects bone fat composition could eventually lead to ways of preserving and improving bone health in patients with diabetes, arthritis, anorexia, and long-term steroid use.

The researchers admit that mice research is not directly translatable to humans, but on a cellular level, the same kinds of stem cells that produce bone and fat cells can be found in humans. An exploration of the dynamics of bone fat is something that may become more relevant in future studies.