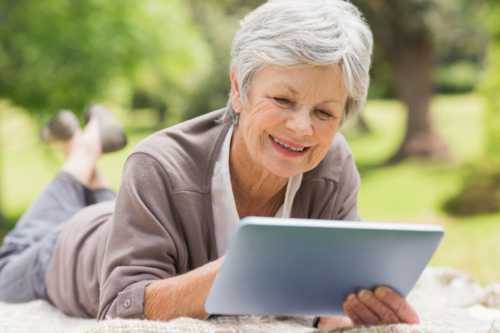 We are living in the “digital age”, that’s for sure. With screens everywhere you turn, it seems technology has become our go-to in virtually any daily task. TV screens, monitors, smartphone displays – it’s undeniable that we are constantly starring at some sort of screen.

As a result of this huge leap in technology, there has also been an influx in complaints about tired, dry, and stinging eyes. This problem is so prevalent that optometrists have given the condition a name – digital eye strain or computer vision syndrome.

Reports suggest that the average adult spends close to seven hours a day looking at a screen – 418 minutes to be exact. Screen usage consists of television, computers, smartphones, and tablets.

Majority of our screen time is dedicated to smartphones with an average of 147 minutes, followed by TV screens at 113 minutes, 108 minutes for laptops, and 50 minutes for tablets.

Other figures have shown that many people spend more time looking at a screen than actually sleeping – the average American stares at a screen for 444 minutes.

The growing concern regarding excessive screen time is that these devices emit blue light. High levels of exposure have been linked to retinal damage.
Other studies have shown that high levels of blue light exposure can mess with a person’s circadian clock – our cycle of sleeping and being awake. Blue light has been shown to inhibit the body’s production of melatonin, the hormone that helps us fall asleep.

The development of myopia (nearsightedness) in children is another big concern. There has been an increase in the childhood myopia numbers, as more children are staring at screens instead of playing outside. Spending time outdoors has been shown to offer protective effects against myopia.

As mentioned, digital eye strain is becoming the most commonly reported problem associated with screen time. Our eyes get tired and dried out as we keep looking at the screens, blinking infrequently. Some people even suffer headaches as their eyes are trying to compensate for the strain.

Eye strain can also contribute to reduced productivity and a higher risk of errors.

It’s important that you give your eyes frequent breaks in order to reduce the risk of digital eye strain. This involves following the 20-20-20 rule. For every 20 minutes of screen time, look at something 20 feet away for 20 seconds. Another important trick is to remember to blink. Blinking helps keep the eyes lubricated which can reduce the risk of dry eyes.

Although technology can make our daily life easier, it’s important that you still take care of your eyes for more efficient and pleasant use of these gadgets.