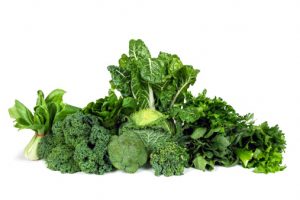 Study leader Jae Kang said, “We found those consuming the most green leafy vegetables had a 20 to 30 percent lower risk of glaucoma.”

After a 25-year follow-up, 1,500 participants developed glaucoma and the researchers looked over the consumption of green, leafy vegetables.
Participants were divided into five groups from highest leafy, green vegetable consumption to the lowest. At the highest consumption participants consumed 1.5 servings a day and at the lowest it was one serving every three days.

Kang explained, “In glaucoma, we think there is an impairment of blood flow to the optic nerve. And an important factor that regulates blood flow to the eye is a substance called nitric oxide. When you consume the higher amount of green leafy vegetables, you have greater levels of nitric oxide in your body.”

Dr. Rahul Pandit, an ophthalmologist at Houston Methodist Hospital, added, “We do have some data that people with glaucoma have impaired nitric oxide production in the eye. Maybe this is something we can apply clinically.”