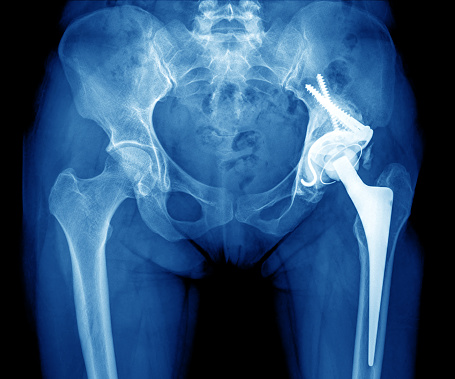 In the U.S., there is a growing problem that is affecting the population. That problem is the rise of hip fractures, and it is affecting more women than men.

Researchers did uncover a decline in hip fractures between 2002 and 2012, but in 2013, they noted an increase once again. Hip fractures are particularly dangerous as they lead to serious disability, loss of independence, and even an increased risk of death.

The higher risk of hip fractures was predominately seen among women aged 65 to 69, which was a 2.5 percent increase. Women aged 70 to 74 rose 3.8 percent.

The authors reported, “The plateau in age-adjusted hip fracture incidence rate resulted in more than 11,000 additional estimated hip fractures over the time periods 2013, 2014, and 2015.”

The cost associated with an increase in hip fractures was $460 million, with an estimated cost of $40,000 per hip fracture.

Study author Dr. E. Michael Lewiecki explained, “I find the trend very disturbing. When we first analyzed the data we were uncertain whether it was real or not. Most hip fracture patients, who almost always have osteoporosis and are at very high risk of having more fractures, are currently not being evaluated and treated to reduce fracture risk.”

It is well known that post-menopausal women are at a higher risk for osteoporosis, a bone disease that increases the risk of bone fractures. Weak bones contribute to roughly 8.9 million fractures annually.


To uncover their findings, the researchers analyzed Medicare claims from 2002 to 2015 of over two million women over the age of 65.

Although there is an increased risk of bone fractures with age, it is not a normal part of aging and can have very serious and debilitating consequences.

It’s important that women go for bone scans to measure any bone loss along with incorporating lifestyle habits that can slow down the weakening of bones to reduce the risk of fractures.

The researchers speculated a few reasons as to why hip fractures are on the incline. First, there is a decline in bone scans, which can measure bone loss. These scans are important to have done prior to a person’s first fracture.

If people are not aware of their bone loss, the likelihood of them being treated for osteoporosis is less. Therefore, lack of screening and lack of diagnosis and treatment could contribute to the risk.

Women, in particular, should speak to their doctors early on to determine their osteoporosis risk and integrate preventative measures to reduce their risk of overall bone fractures.

Related: Osteoporosis: Causes, symptoms, diagnostic tests, and how to treat

Osteopenia vs. osteoporosis: Understanding the difference