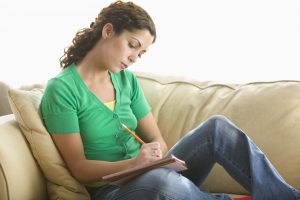 To many of use using our right hand is something we often don’t think about, but it’s something researchers dwelled deeper into researching. Researchers uncovered that the predominant use of the right hand dates back nearly two millions years ago – much earlier than researchers previously thought.

The researchers uncovered their findings by observing striations on teeth dated 1.8 million years ago which provide the earliest evidence of using the right hand.

These striations veer from the left side down to the right which reveals that the stones early civilization people were using was in their right hand while they used their left hand to pull.
Study author David Frayer explained, “We think that tells us something further about lateralization of the brain. We already know that Homo habilis had brain lateralization and was more like us than like apes. This extends it to handedness, which is key.”

“Handedness and language are controlled by different genetic systems, but there is a weak relationship between the two because both functions originate on the left side of the brain. One specimen does not make an incontrovertible case, but as more research is done and more discoveries are made, we predict that right-handedness, cortical [outer brain] reorganization and language capacity will be shown to be important components in the origin of our genus,” Frayer added.

Roughly 90 percent of people use their right hand but in apes it is a 50-50 split of using either hand.