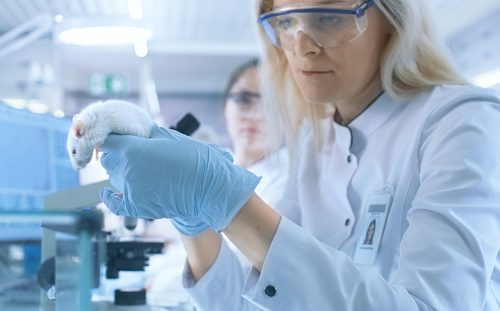 The fight against obesity is one that has become increasingly more severe compared to years past. It is currently estimated that about 37.9 percent of American adults are obese, with more than 70 percent of that number considered overweight. We know that the best way to combat increasing waistlines is to reduce the number of calories we consume, but this is difficult to maintain for most people.

Perhaps simply reducing calorie counts is not that only way to promote weight loss, as a new study suggests that lowering the consumption of specific building blocks of proteins, called amino acids, may help against metabolic problems that occur in diabetes and obesity.

Testing the effects of a low BCAA diet

Their study involved feeding obese, pre-diabetic mice a specialized diet that was low in the amino acids leucine, isoleucine, and valine. This not only promoted leanness, but also the regulation of blood sugar.

Most amazingly is the fact that the tested mice were allowed to eat as much low-BCAA food as they desired. Improvement in metabolic health was observed despite continuing to eat an unhealthy high-fat and high sugar diet.


A great benefit if the same translates to humans

The researchers go on to say that if these results were to be successfully translated to humans, it would mean an easier diet for people to follow that would see more success than simply cutting calories.

‘We’ve identified an unanticipated role for dietary BCAAs in the regulation of energy balance, and we show that a diet with low levels of BCAAs promotes leanness and good control of blood sugar. Our results also suggest that the specific amino acid composition of dietary protein – not just how much protein we eat – regulates metabolic health,” said Dr. Dudley Lamming, one of the lead investigators.

Further investigation will look into whether reducing dietary BCAAs can improve metabolic health in human subjects, possibly helping to explain the wide variation seen between individuals in response to different weight-loss diets.

Why it’s so important to maintain healthy sugar levels