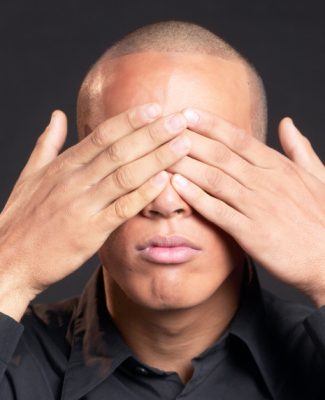 The process of aging is strongly associated with changes in the body, including that of eye health. As the body ages, eye health condition deteriorates, thus resulting in poor vision and possibly even going blind. There are also other medical conditions that may indirectly affect eye health, such as diabetes or the condition characterized by excessively high levels of glucose in the blood. The high concentrations of glucose may result in the deposition of fats in the eyes, which may eventually influence an individual to become blind. For eye protection, individuals positively diagnosed with glaucoma are suggested to undergo surgical removal of these fatty deposits in the eye, thus improving eye health and preventing the person from going blind.

Stems cells have been considered as a potential replacement for defective cells and tissues of the body. These cells have been studied by laboratories around the world for ways in which they may be induced to transform into specific cell types, thus allowing a particular organ or tissue of the body to regain its function. In terms of eye health, stem cells have also been reported to have a potential to transform into retinal cells, thus offering eye protection and preventing an individual from going blind.

According to a recent medical report published in the journal Molecular Vision, stem cells derived from a human embryo showed the capacity to differentiate into retinal cells, thus serving as a promising resource for eye protection and eye health in potentially blind patients with retinal disorders. The medical report described the results of an experiment that involved the introduction of human embryonic stem cells in the eyes of mice, with the goal of determining whether these cells were capable of growing and transforming into retinal cells. The experiment was conducted in an animal model as an initial test and once positive results were obtained, then it may be possible to conduct similar tests among human subjects.
The Eye Health Study

The study involved injecting stem cells into the retinal space of the eyes of 4–6 week old mice and maintaining these animals for various periods of time, ranging from three weeks to three months. The eyes of the mice were then excised and histopathologically examined to determine whether these stem cells successfully integrated with the rest of the retina and may possibly help in preventing these animals from becoming blind or for eye protection. The study also investigated whether the original cells of the eyes of the mice generated an immune reaction against the injected stem cells, preventing their capacity in playing a role for eye protection.

Eye health and eye protection have been prime focus of research efforts in the field of ophthalmology as the incidence of individuals going blind have increased around the world. Different types of eye protection and preventative measures have also been studied to prevent the occurrence of symptoms that may lead to becoming blind. The concept of stem cells has been most appealing in terms of repairing and repairing defective tissues of the body, including its potential for application to eye health and eye protection. However, there is still a need to further examine the specific mechanisms involved in stem cell transformation. The use of stem cells in treating blind people may seem to be too ambitious, yet through intensive years of research, it may still be possible to employ these cells in improving eye health and for eye protection