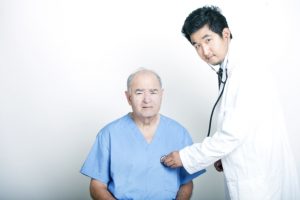 A faster heart rate increases the risk of diabetes, according to research findings. The study was conducted over a four-year period involving 73,357 Chinese adults. Based on the researchers’ observations, faster heart rates were associated with poorer blood sugar outcomes.

Senior author Xiang Gao explained, “In this study, we measured resting heart rate among about 100,000 Chinese adults and followed them for four years. We found participants with faster heart rates, suggesting lower automatic function, had increased risk of diabetes, pre-diabetes, and conversion from pre-diabetes to diabetes. Each additional 10 beats per minute was associated with 23 percent increased risk of diabetes, similar to the effects of a three kilogram per meter square increase in body mass index.”

“We further combined our results with those of seven previously published studies, including 97,653 men and women in total, on the same topic, and we found a similar association — individuals with fast heart rate had 59 percent increased risk of diabetes, relative to those with slow heart rate. This suggests that faster heart rate could be a novel pre-clinical marker or risk factor for diabetes.”
Diabetes is becoming a worldwide problem and can bring about other serious health complications, including neuropathy and retinopathy.

This isn’t the first study to uncover a link between heart rate and the risk of diabetes. Growing evidence points to the fact that heart rate should be considered as a possible indicator of impending diabetes. Exercise is the best way to improve heart rate – and it is a preventative measure for diabetes as well.