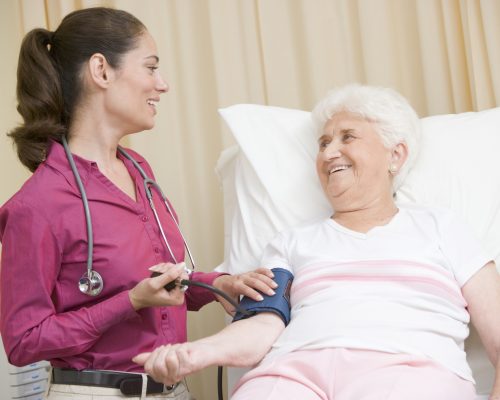 High resting heart rate and blood pressure is associated with many mental health disorders. The study, published in JAMA Psychiatry, looked at data from over a million Swedish men.

Heart rate and blood pressure are regulated by the autonomic nervous system which controls the body’s basic functions.

Using blood pressure and heart rate measurements, the study found that men with a resting heart rate (RHR) higher than 82 beats per minute (bpm) during their youth were 69 percent more likely to be diagnosed with obsessive-compulsive disorder (OCD), than men whose RHR was lower than 62 bpm. Their risk for schizophrenia increased by 21 percent, along with an 18 percent increase in the risk of anxiety disorders.

The researchers highlighted several factors that could contribute to this risk increase, including BMI, socioeconomic status, ethnic background, cognitive ability as well as physical fitness, but these factors didn’t fully account for the correlation between psychiatric disorders and heart rate or blood pressure.

On the other hand, the study found that a low resting heart rate increased the risk of substance abuse and convictions for violent crimes.

Researcher Antti Latvala explained, “These results are interesting, because they provide new information on the role of the autonomic nervous system in psychiatric disorders. Our observations indicate that differences in physiological responses, such as stress reactions, are linked to the risk of mental disorders. It is also known that psychiatric illnesses are associated with an increased risk for cardiovascular disease. Our results open new opportunities for studying this connection as well.”


How high blood pressure can damage you brain

Even before the onset of symptoms, your hypertension is slowly damaging your brain. When blood pressure is high, the blood is pushing against the artery walls with a greater force, thus causing damage. Damaged arteries become weak and narrow, limiting the supply of blood to the brain.

One study in particular noted that the risk of Alzheimer’s disease may be lowered by treating high blood pressure. The study followed 837 people with mild cognitive impairment which can progress into Alzheimer’s disease. Of the group, 414 participants had at least on vascular risk factor. Participants completed blood testing and medical history questionnaires, along with other tests measuring blood pressure, body mass, memory, and thinking skills.

After five years, 298 participants developed Alzheimer’s disease and the others still had mild cognitive impairment. Those with high blood pressure, diabetes, cerebrovascular disease, and high cholesterol were twice as likely to develop Alzheimer’s disease, compared to those without these risk factors.

Those who were receiving treatment for all of their risk factors had a 39 percent lower risk of developing Alzheimer’s disease, compared to those not receiving any treatment.

As you can see, treating blood pressure doesn’t just benefit your heart, but it can also extend benefits to improving your brain health, too.

The dangers of blood pressure you don’t know about