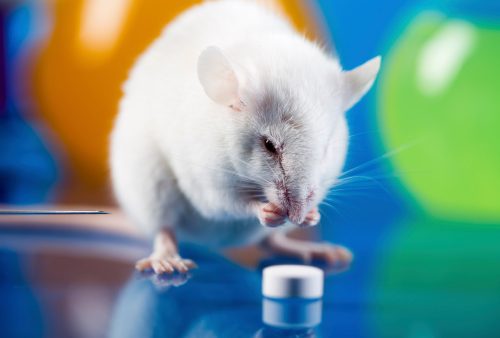 Nearly 60 million people worldwide are affected by glaucoma, a condition encompassing a group of neurodegenerative disorders that impact the function of the optic nerve (responsible for eye sight). Glaucoma only gets worse over time, potentially leading to blindness or visual impairment. While there are many treatments ranging from eye drops to surgery, there is no cure for patients already suffering from the debilitating condition. However, new research points to a possible way to prevent glaucoma with a commonly used vitamin: Vitamin B3 (niacin).

The researchers investigated the effectiveness of vitamin B3 on mice that had been genetically modified to be prone to developing glaucoma. They carried out a set of genetic, metabolic, and neurobiological tests and found that the nicotinamide adenine dinucleotide (NAD) molecule decreases with age and plays a key role in the oxidation of a cell. Normal healthy bodies produce their own NAD with the aid of vitamin B3, which when ingested is converted into this molecule.

A lack of NAD, or significantly low levels of the molecule, has been recognized to weaken the metabolism of brain cells and affect intraocular pressure, a factor in the development and symptoms of glaucoma.

Prof. Simon W.N. John, lead investigator of the study, explains the mechanism of the decline of NAD using an analogy of an old motorbike: “It runs just fine, but little things get less reliable with age. One day you stress it, you drive it up a steep hill, or you go on a really long journey, and you get in trouble. It is less reliable than a new bike, and it is going to fail with a higher frequency than that new bike. Like taking that big hill on your old bike, some things are going to fail more often. The amount of failure will increase over time, resulting in more damage and disease progression.”
Dissecting Prof. John’s thought process by analyzing his analogy, vitamin B3 is used to replenish the bodily reserves of NAD, improving the metabolism of aging retinal cells in the hopes of keeping them healthy.
This is exactly what Prof. John’s team aimed to achieve by adding B3 to the drinking water of the glaucoma-predisposed mice. They discovered that it indeed canceled most of the molecular changes associated with advancing age and protected against the onset of glaucoma. The predisposed mice were found to be healthier and more resilient to intraocular pressure damage.

Gene therapy is another advancement tested on mice predisposed to developing glaucoma. It involved a range of experimental techniques, including replacing mutated genes with healthy replicas, knocking out disease-causing genes, and inserting new genes into the body in order to stop disease. The latter demonstrated that these mice were effectively cured from further developing glaucoma when inserting a gene called “Nmnat1,” which is responsible for the enzyme that coverts vitamin B3 into NAD.