Home » Eye Health » Is glaucoma hereditary or a genetic disease? 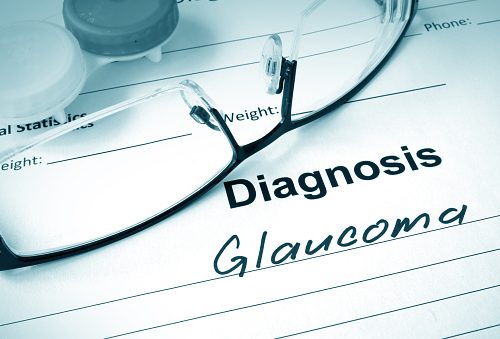 Glaucoma is a series of conditions that cause irreparable damage to the optic nerve, potentially causing vision loss and blindness. It has a hereditary and non-hereditary form, meaning everyone is at risk of developing it, though individuals who have a family history of the disease are more likely to be affected.

In fact, those with a family history of glaucoma are four to nine times more likely to develop it, most notably in its primary open-angle form. Glaucoma has also been linked to genetic mutations, meaning that you may be predisposed to developing it. While it normally affects older adults, some younger people do develop the disease, though the cause, in this case, is nearly always hereditary.

About glaucoma: Statistics and economic impact

Over three million Americans have some form of glaucoma—it is the second most common cause of blindness in the world. While a large portion of the population has the disease, only half of these people have been diagnosed, meaning that approximately 1.5 million Americans are living with undiagnosed glaucoma. This is partially due to the fact that the most common form—open-angle glaucoma—rarely presents symptoms.

Usually, it begins with the loss of peripheral vision that you may unconsciously compensate for by turning your head. Some people do not realize they have a problem until there is significant disruption to their vision. Currently, there is no cure for glaucoma, and any vision loss it causes cannot be repaired. However, through surgery and medication, it is possible to prevent further damage from occurring.

A study from the Massachusetts Eye and Ear Infirmary confirmed that the development of primary open-angle glaucoma is linked to genetics. Researchers analyzed the DNA of 6,633 individuals—half had glaucoma and half did not. The results found that two genetic variations were common across those who had the disease, allowing the team to conclude that there is, in fact, a connection between genetics and the likelihood of contracting glaucoma.

Are you at risk for glaucoma?

While glaucoma may be more prevalent in older adults, everyone is at risk for developing the disease. Those with an increased risk include:

Steroid users: There is evidence that links the use of steroids with the development of glaucoma.

Eye injury: Secondary open-angle glaucoma can occur immediately after an eye injury, or even years later. Blunt trauma to the eye can damage its drainage system and result in traumatic glaucoma.

Those with nearsightedness, hypertension, and central corneal thickness of less than .5mm are also at risk.

Managing your glaucoma may seem daunting, but it is necessary to prevent any further damage from occurring. Make sure you know your medications and doses, and inform everyone on your health care team. This includes your family, as in an emergency they will be able to tell medical professionals about your condition so that any treatment or procedures that may be necessary will not negatively impact your glaucoma.

If you are noticing irritation or vision changes on your current medication, inform your doctor as you may need to switch to another type for the best results. Keeping an organized list of these medications may also help, and record any questions or concerns you have regarding your eye health. It is important to have regular checkups with your physician so they can properly monitor your condition.

How to prevent glaucoma?

While there are no known ways to actively prevent glaucoma, there are ways you can limit the irritation it causes. Try to maintain a healthy lifestyle and keep your eyes protected when possible. Wear goggles when swimming, and if you wear makeup, us a hypoallergenic brand and replace eyeliners and mascara often. Avoid rubbing your eyes, and be mindful of your fluid and salt intake as this can cause fluid retention that will aggravate your glaucoma.

Some forms of glaucoma are hereditary, and a genetic link has been established. Everyone is at risk of developing glaucoma, no matter their age, sex, or race, however, some individuals are more likely to develop it than others. The damage caused by glaucoma is irreversible, but with proper treatment, further damage can be prevented. Managing your glaucoma by staying organized and on top of your treatment regimen, as well as maintaining a healthy lifestyle, can help you retain your quality of life.