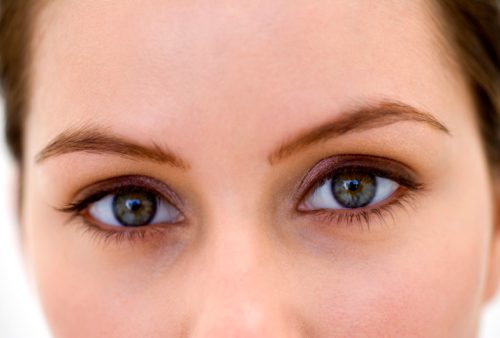 If you’ve ever felt like your husband just doesn’t understand you, you’re not alone. For years, women have been saying that men are clueless when it comes to understanding them and their emotions – and now, they finally have the research to back it. A new study reveals that, not only are men less successful at figuring out what a woman is feeling, but they must access different areas of the brain when dealing with a woman’s emotions as opposed to other men.

Men Have Difficulty Determining the Emotions of Women

In the study, researchers examined men between the ages of 21 and 52. The men were placed in a functional magnetic resonance imaging (fMRI) scanner.  While they were in the scanner they asked to look at images of 36 pairs of eyes, half being the eyes of women and half being the eyes of men. From these images, the participants were asked to guess whether the eyes were those of a man or of a woman and were also asked to determine what emotion the image was expressing. All of the participants underwent fMRI scans of their brains during their decision making process so the researchers were able to see what areas of the brain were activated during this process.

The results showed that the participants were almost equally successful at guessing the gender of the male and female eyes. However, participants performed much worse when guessing the emotions being expressed by the female eyes compared to the male eyes. Additionally, the participants took a longer amount of time to make their decision on the emotion being expressed in the eyes of the women. The researchers therefore determined that men are able to read other men’s eyes faster and more accurately than they can read women’s eyes.


The Brain Activity in Men

From this study, researchers were able to identify that the discrepancy in reading the emotions has to do with the activation levels of different areas of the brain. When men were reading the eyes of other men there was significantly more activity in the right hippocampus and the anterior cingulate cortex of the brain compared to when they were reading the women’s eyes. These two areas of the brain are responsible for emotional memories. It may be that men are more accurate at reading other men’s eyes because they are able to draw upon their own past emotional experiences.

The difference in brain activity when looking at images of the eyes of men and women is not fully known.  However, the researchers do state that from an evolutionary standpoint, men would have had to read the eyes of other men better since they were often involved in dangerous activities such as fighting and hunting.  It would have thus been beneficial from a survival standpoint to predict the actions of other men based on their eyes and facial expressions.

While this research does suggest that men have greater difficulty reading the emotions of expressed in the eyes, it doesn’t mean that they are completely clueless.  They may take a longer time to determine the emotion, but it is possible that they will correctly identify the emotion being expressed, whether it is positive, negative or neutral.  However, if you want to live a happier, less complicated life, it might be easier to vocally express your emotions to the men in your life rather than letting them guess what you’re feeling from your non-verbal cues.  A more vocal, communicative relationship has been shown to lead to fewer arguments, better understanding between partners, fewer miscommunications and an overall deeper relationship.