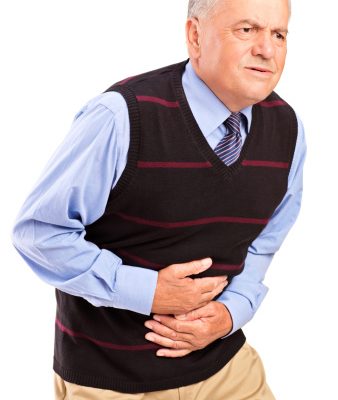 Feeling a little ‘backed-up’? You’re not alone; about 80 percent of Americans suffer from constipation at one point or another. Fortunately for most, all that is needed to prevent constipation is a little extra dietary fiber. It is important, however, to choose the right source of fiber, and with so many options out there, choosing can be difficult. Prunes and psyllium have long been found to help restore colon health and reduce constipation due to their high fiber content.  However, a recent study has found that prunes outperform psyllium in two notable ways when it comes to relieving constipation and improving colon health.

The Study between Prunes and Psyllium

Researchers at the University of Iowa Hospitals and Clinics enrolled 40 constipated adult participants in an eight-week-long study that pitted prunes against psyllium. According to lead researcher, Satish Rao, MD, PhD, “Dried plums (prunes) have been traditionally used for constipation but they have not been scientifically studied for this effect. We assessed and compared the effects of dried plums and psyllium in patients with chronic constipation.”


Benefits to your Overall Colon Health

Study results aside, prunes are arguably the best treatment method for constipation because taking them provides a slew of additional health benefits. Prunes contain sorbitol, which works as a natural and gentle laxative in the body, helping to reduce blood pressure. They also contain both soluble and insoluble fiber, which makes them excellent at not only relieving constipation but also improving overall colon health.  In addition, prunes are rich in vitamin A, potassium, and antioxidants. The nutritional profile of prunes makes them excellent for skin health and immunity and they may help increase bone mass and reduce the risk for osteoporosis. For the best results, consume half a cup of pitted prunes (50 grams, or approximately seven prunes) daily and be sure to consume plenty of water with them.

Related Reading: Don’t let your constipation land you in the ER