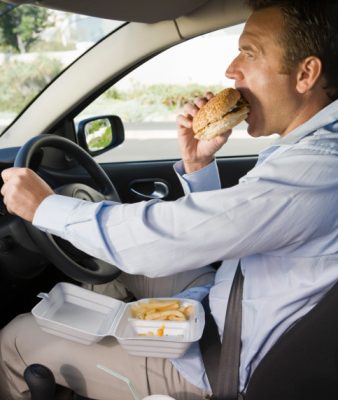 As a society we have been told over and over again that the key to living a long healthy life is to eat a healthy diet consisting of lots of fruits and veggies, whole grains and lean meats.  In addition to a healthy diet, engaging in a regular regimen of exercise is also advised.  However, scientists have been baffled by the people that beat the aging process and live longer even while indulging in bad habits such as smoking, over-eating and excessive drinking.  How is it that these individuals who live “unhealthy” lives ward off the aging process?  Is it possible that there is something else that dictates how long we live, despite all of our anti-aging efforts?

Are Genes a Factor?

People who defy aging are very rare, making up less than 0.01% of the population.  A study published in The Journal of American Genetics found that two thirds of men that lived to be 100 years old, smoked.  They also found that those that lived to 100 years also drank more and were less likely to exercise than individuals who did not live to 100 years.  The results provide some evidence that lifestyle choices that an individual makes are not necessarily the only things that dictate how long a person will live.  There may be another factor involved in the aging process.

Scientists have been examining the unexplainable aging of these “unhealthy” individuals and have been trying to figure out the key to living a long life. What they have determined, so far, is that the key to beating the aging process may lie in our genes. They have discovered that some of us may have a gene mutation that slows down cellular aging, providing an anti-aging effect.  If scientists are able to identify the specific anti-aging mutation in the genes of individuals that live longer lives despite making unhealthy lifestyle choices, this could possibly benefit society as a whole.  The benefit for society may come in the form of gene therapy for individuals looking for anti-aging remedies during the aging process.

A gene is a short piece of DNA that tells the body which protein to build. Humans have approximately 30,000 genes.  The combination of all of the genes creates the blueprint for the body and all of its functions.  Personal characteristics are determined from single genes as well as combinations of genes. All of the genes in the body make up a person’s genotype.

What is Gene Therapy?

Gene therapy is an experimental procedure that uses genes to treat and prevent disease.  Once it is fully developed, gene therapy may allow a doctor to insert genes into a patient’s cells instead of using drugs or surgery.  Currently, researchers are testing different ways in which gene therapy may be used as a treatment option.  It may be possible to replace a mutated gene that is causing a disease with a healthy copy of the gene, inactivate a gene that isn’t functioning properly, and/or introduce a new gene into the body which will help to fight a disease.

The possibility of utilizing gene therapy for anti-aging reasons is a viable option if scientists are able to identify the specific anti-aging gene in individuals who are living long lives despite living unhealthy lives.

As it turns out, perhaps defeating the aging process may have more to do with genetics than with lifestyle factors such as diet and exercise.  However, a combination of good genes and a healthy diet and exercise may provide you with the best anti-aging benefits to live a long and healthy life.