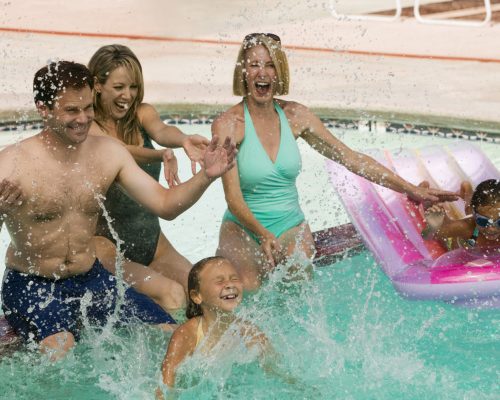 Officials from the Centers for Disease Control and Prevention have noted that many public pools and hot tubs contain dirty water, which warrants for their closure. The CDC reported that thousands of public water venues violate safety regulations resulting in shutdown.

Michael Beach, the CDC’s associate director for healthy water, said, “We have a long way to go here to lower the number of public aquatic venues with serious health and safety violations. We need to protect the public.”

Beach added, “Young children who are still learning their toileting skills are more likely to contaminate the water. They’re more likely to swallow the water. Both of which can lead to outbreaks of diarrheal illness.”
Beach explained the most common cause of contamination in public pools is by persons who have diarrhea swimming there. He noted that it’s very common for swimmers to ingest some water that is contaminated. This can be reduced by parents checking their children’s diapers and taking their children for frequent bathroom breaks. Adults are not advised to swim if they are getting over diarrhea. Swimmers should always shower prior to getting into the water.

Researchers from the CDC collected data from Arizona, California, Florida, New York, and Texas, and the information covered over 84,000 routine inspections of nearly 49,000 public places where people swim in treated water.

The CDC recommends individuals to test the water themselves with test strips available for public purchase.

As the Healthy and Safe Swimming Week takes off on May 23, the CDC says properly sanitized water should have:

The new report was published in the May 20 issue of the CDC’s Morbidity and Mortality Weekly Report.