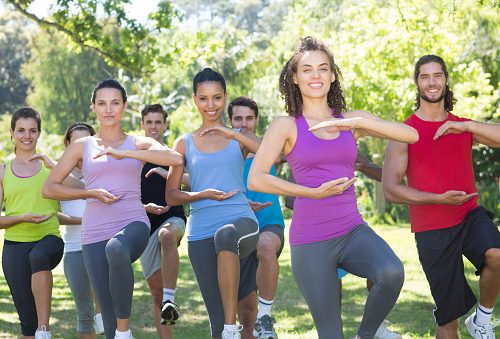 Post-traumatic stress disorder (PTSD) symptoms in veterans can be improved with tai chi. Rates of PTSD among the general population is 8.7 percent, but among veterans it is 23.1 percent.

Tai chi is the practice of gentle and graceful exercise where movements are performed slowly and there is a strong focus on one’s breath. There is evidence that tai chi can work to improve symptoms related to PTSD.

The study included 17 veterans who partook in tai chi sessions. By the end of the study, 94 percent of the participants indicated that they would continue with tai chi. They also reported that tai chi had managed to help relieve some of their PTSD symptoms.

Researcher Barbara Niles explained, “Our findings also indicate that tai chi is a safe physical activity and appropriate for individuals with varying physical capabilities. Given our positive findings, additional research is needed to empirically evaluate tai chi as a treatment for symptoms of PTSD.”

Post-traumatic stress disorder (PTSD) in veterans may lead to accelerated aging and raises the risk of early death. PTSD is a psychological disorder associated with severe trauma, which contributes to depression, anxiety, eating disorders, and substance abuse. PTSD can affect anyone who has experienced trauma, but it is particularly associated with veterans coming back from war.

Researchers at University of California, San Diego School of Medicine, and Veterans Affairs San Diego Healthcare System have found that not only does PTSD affect the individual mentally, but it can also accelerate aging and increase the risk of early death.

First author James B. Lohr said, “These findings do not speak to whether accelerated aging is specific to PTSD, but they do argue the need to re-conceptualize PTSD as something more than a mental illness. Early senescence, increased medical morbidity, and premature mortality in PTSD have implications in health care beyond simply treating PTSD symptoms. Our findings warrant a deeper look at this phenomenon and a more integrated medical-psychiatric approach to their care.”

Related: Veterans at a high risk for sleep disorders

Yoga may help combat depression, PTSD, and anxiety in seniors