Home » Liver » Protein in the diet is vital for liver function: Study 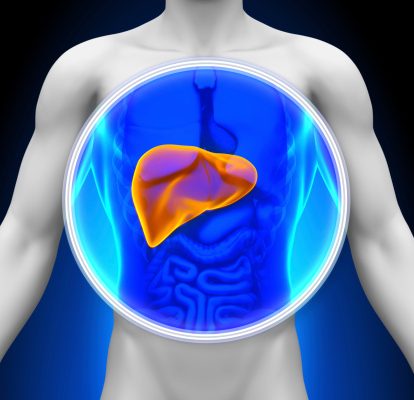 The liver is a vital organ in all mammals and is responsible for a wide range of functions including detoxification, protein synthesis, and the production of biochemicals required for digestion. It also plays a role in metabolism, regulation of glycogen storage, decomposition of red blood cells, and hormone production. Damage to the liver can impair its ability to function properly, which can lead to detrimental effects on both the nervous system and the musculoskeletal system and negatively affect our ability to metabolize medications. Currently, there is no way to compensate for the absence of liver function in the long term, with liver dialysis being a short-term solution.

During this study, researchers used a design-based stereology that enabled them to estimate the volume of the liver and the total number and sizes of its cells in 3D. They found that in the group of mice with a low protein diet, the liver had decreased by 65 percent, with a 46 percent reduction in the volume of liver cells (hepatocytes) and a 90 percent increase in the total number of liver cells with two nuclei (binucleate hepatocytes), causing a decrease in the functionality of the liver.
More astonishing was that after five weeks, a normal protein diet was reintroduced to this malnourished group of mice, leading to an 85 percent increase in the total number of hepatocytes and a one-and-a-half-fold increase in the volume of the liver. These findings demonstrate the resilience of the liver and its ability to regenerate and reverse the damage with a low protein diet. The researchers go on to say that given enough time, the liver would recover even further.

Dr. Augusto Coppi, lead author of the paper. said: “It is important not to underestimate the importance of protein in our diet. From building and repairing tissues, to making enzymes and hormones, protein is a vital component of our bodies’ functionality.

“This is an encouraging discovery for those having suffered long periods of malnutrition that no permanent damage has been caused. Our work is novel in using Stereology to monitor these 3D spatial changes in the structure of the liver after protein malnutrition followed by the reinstatement of a renutrition diet with adequate levels of protein.”

What causes liver pain after drinking?