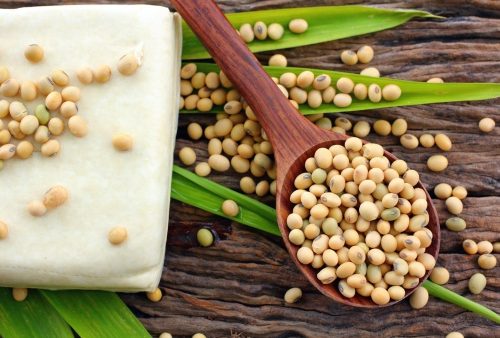 Recent research suggests that a diet rich in soy protein and isoflavones can protect menopausal women from developing osteoporosis. The findings were presented at the Society of Endocrinology conference.

As they contain certain isoflavones which act like estrogen, soybean foods play a crucial role in helping against bone loss.

Researchers from the University of Hull gave 200 women in early menopause a daily supplement of soy protein with soy isoflavones or just a supplement containing soy protein. The researchers analyzed changes in bone activity from the women’s blood.

“The 66 mg of isoflavone that we use in this study is equivalent to eating an oriental diet, which is rich in soy foods. In contrast, we only get around 2-16 mg of isoflavone with the average western diet. Supplementing our food with isoflavones could lead to a significant decrease in the number of women being diagnosed with osteoporosis.”

The next step for researchers is to investigate long-term consequences of soy protein and isoflavones and reveal if these natural protein-packed foods have other alternative benefits too.