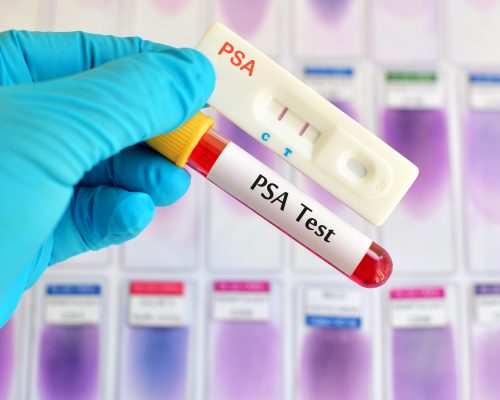 Prostate cancer risk is strongly influenced by breast and ovarian cancer history in family. The findings suggest that men who have a strong family history of breast or ovarian cancer should be more heavily screened for prostate cancer, especially if those cancers are associated with a gene mutation BRCA1 or BRCA2.

The results of the study found that men diagnosed with prostate cancer are four times more likely to have aggressive prostate cancer if they carry the BRCA2 gene mutation.

Co-researcher Dr. Srinivas Vourganti said, “They are very much at high risk of cancer, and we should be tailoring their screening to be more aggressive in screening versus less aggressive.”

Dr. Brian Halfand, urologic oncologist, added, “I think BRCA is a tool we can start using to distinguish who is going to benefit from earlier treatment and more aggressive type treatments.”

The role of BRCA has been widely underestimated, as the three studies presented at the American Urological Association Meeting revealed that BRCA mutations are found to play a role in many more prostate cancer cases.

The first study looked at 261 men, all tested positive for BRCA2. These men were also more likely to have the cancer spread throughout the body and to be diagnosed with late-stage cancer, compared to men without the BRCA2 gene.

Lastly, the third study focused on men who were treated for breast cancer and found these men had over a 30 percent higher risk of developing prostate cancer.

Vourganti concluded, “In this era of personalized medicine, there’s promise for men who present with BRCA2. We’re learning that prostate cancer is not one disease. Rather, it is many different diseases that need to be treated on a personalized and individual basis. Men need to talk with their doctors and know that their genes do matter.”


Risk of developing a hereditary prostate cancer is as follows:

Prostate cancer aggressiveness has been found to be linked to low levels of vitamin D in a new study. The researchers from Northwestern Medicine revealed that the vitamin D deficiency in men could help predict aggressive prostate cancer identified at time of surgery. Continue reading…