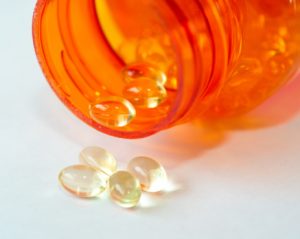 Prostate cancer aggressiveness has been found to be linked to low levels of vitamin D in a new study. The researchers from Northwestern Medicine revealed that the vitamin D deficiency in men could help predict aggressive prostate cancer identified at time of surgery.

Previous research has also found a link between low vitamin D levels and prostate cancer, based on blood samples taken prior to treatment. The new study monitored the blood levels of vitamin D within months before the tumor was identified as aggressive during prostate removal surgery.

Low vitamin D may help explain disparities between ethnic groups with prostate cancer. For example, prostate cancer generally is more aggressive in African Americans and they are also more likely to have a vitamin D deficiency.

Aggressive prostate cancer is defined by whether the cancer has migrated outside of the prostate and by a high Gleason score. A low Gleason score refers to the cancer tissue being very similar to that of normal prostate tissue and less likely to spread.

The large ongoing study consisted of 1,760 men in the Chicago area who had their vitamin D levels examined along with prostate cancer. For the current study, 190 men who underwent radical prostatectomy were included.

Eighty-seven men in the group had aggressive prostate cancer with a median level of 22.7 nanograms per milliliter of vitamin D. This is significantly below normal, which is 30 nanograms/milliliter. The average level of vitamin D for Chicago residents in the winter time is 25 nanograms/milliliter. The researchers recommend that individuals should take vitamin D supplements during the winter months to ensure proper levels.

Murphy added, “It’s very hard to have normal levels when you work in an office every day and because of our long winter.” His recommendations for Chicago residents is between 1,000 to 2,000 IU of vitamin D a day.

Previous research found that vitamin D may help keep low-grade prostate cancer from becoming lethal. Prostate cancer aggressiveness is graded through the Gleason scale. Tumors with a score over seven are considered aggressive and most likely to spread.

In low-grade prostate cancer, many doctors will not carry out treatment but instead keep a watchful eye out for any changes in health. Researcher Bruce Hollis said, “The cure — meaning surgery or radiation — is probably worse than the disease, so they wait a year and then do another biopsy to see where the patient stands.”

Hollis wondered if giving vitamin D to men with low-grade prostate cancer would improve outcomes during the 60-day waiting period between the biopsy and the prostatectomy. Hollis’ previous work found that men taking vitamin D supplements had a reduction on the Gleason score or some even had their tumors disappear.

In the randomized, controlled clinical trial, 37 men undergoing elective prostatectomies either received 4,000 IU of vitamin D or a placebo. After 60 days, the men’s prostates were removed and examined. The men who received the vitamin D saw improvements in their prostate tumors, and the placebo group either got worse or stayed the same.

Hollis noted that the vitamin D dosage of 4,000 IU used in the study is well below the 10,000 to 20,000 IU that the body creates through sunlight, explaining that the treatment involved normal body levels and hasn’t even moved into the pharmacological levels yet.