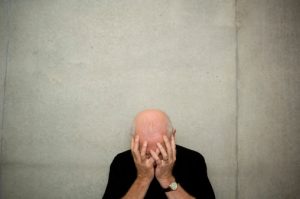 New research from the University of Virginia School of Medicine has shown that depressive symptoms can be reversed through the addition of certain probiotics in the diet of mice. Lactobacillus is a probiotic found in live cultures of yogurt and was proven to be an effective treatment for mice displaying depressive symptoms, suggesting that there is a relationship between the health of the microbiome and mental health. The microbiome is defined as the bacteria that live in the gut, and this research has found that there is a specific mechanism for how these bacteria affect mood.

Depression is one of the most prevalent mental health conditions that affects Americans of all ages, with as much as seven percent of people experiencing at least one major depressive episode in their lifetime. Stress is a known contributor to depression, so for this study, researchers analyzed the microbiome of mice before and after being subjected to stress. Once mice had been exposed to a stressful environment, their microbiome was found to lack lactobacillus, and this deficit appeared to coincide with the onset of depressive symptoms. Researchers then added the bacteria to the diet of the depressed mice and soon found their symptoms were reduced and their mood had returned to normal.

The team hopes that human testing will prove that adding lactobacillus into the diet of patients with depression will alleviate or even reverse symptoms. They are optimistic that manipulating the microbiome for the benefit of mental health in humans will be successful, as the same biological substance and mechanisms present in mice are also seen in humans—meaning their research may translate into human subjects.
Lead researcher Alban Gaultier commented on their findings, stating, “The big hope for this kind of research is that we won’t need to bother with complex drugs and side-effects when we can just play with the microbiome. It would be magical to just change your diet, to change the bacteria you take, and fix your health – and your mood.”

Fibromyalgia vs. depression, differences in symptoms, causes and treatments