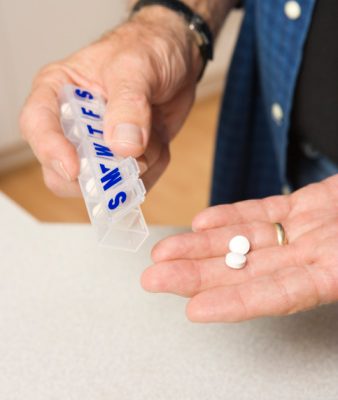 According to the researchers, the most commonly prescribed drugs are antibiotics, followed by antidepressants and then opioids. Drugs for the treatment of high blood pressure were the fourth most commonly prescribed, and vaccines were the fifth.  “Often when people talk about health conditions they’re talking about chronic conditions such as heart disease or diabetes,” states study author Jennifer St. Sauver, Ph.D. “However, the second most common prescription was for antidepressants (which is prescribed to 13 percent of Americans) — that suggests mental health is a huge issue and is something we should focus on. And the third most common drugs were opioids, which is a bit concerning considering their addicting nature.”

These findings are scary to say least, and the four most commonly prescribed drugs all have the potential to cause great harm. Antibiotics kill off the healthy bacteria in the gut increasing the risk for all sorts of seemingly unrelated disorders ranging from irritable bowel disease to allergies, to depression. Likewise, antidepressants often cause far more harm than good, and side-effects can include weight gain, nervousness, upset stomach, constipation, fatigue, loss of libido, and even sudden death and suicide. Opioids are highly addictive and they can cause fatal seizures, cardiovascular damage, paranoia, choking, infertility and decreased cognitive function. According to the Journal of the American Medical Association, taking blood pressure medications may actually increase the risk of death in certain patients.

If you truly want to be mentally and physically healthy, suppressing your symptoms with prescription drugs is not the answer. Natural health care methods will help you get to the root of the problem and heal your condition naturally without harmful side-effects. A whole food based diet, regular exercise, adequate sleep, meditation and making deep social connections a priority will all help to bring your body back into balance. For more serious issues, consult a naturopathic doctor or qualified natural health practitioner and be sure to take things one step at a time, so that you don’t get overwhelmed.