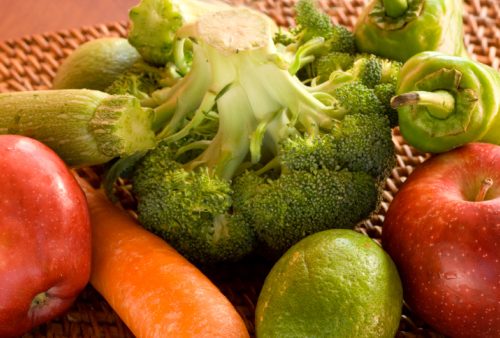 People often wonder if a certain food item or exercise may help them feel younger and maintain their active lifestyle for an extended period of time. These individuals are aware that aging is associated with changes their physical appearance and thus it may be helpful if certain types of diets and exercises may serve as anti-aging measures. Especially for people who have reached their 50s and 60s, finding ways to feel younger may help maintain their quality of life.

The search for that perfect anti-aging food item has been the goal of researchers in the biomedical field. These scientists spend endless hours in the laboratory, extracting chemicals and testing these in experimental cells or animals. A very interesting report has been recently published in the journal Age, which describes the effects and uses of a simple and effective natural resource that may combat the process of aging.

According to the research report, curcumin has the ability to repair cells and tissues and increase the average lifespan of fruitflies. Curcumin is a yellow-colored spice that is often used in the preparation of Indian and other Asian dishes. It is a major component of the spice, turmeric. For thousands of years, curcumin has been used for various purposes, including the treatment of pain and inflammation in various parts of the body. However, systematic investigations on the effects of curcumin were not conducted in the early times and thus current efforts are now focused in directly assessing its uses and mechanisms of action.

The curcumin research study involved feeding male and female fruitflies with food that was supplemented with two different amounts of curcumin, namely 0.5 mg or 1 mg of curcumin per gram of diet. As control, another set of male and female fruitflies were fed with the regular diet, without the addition of curcumin. The flies were then weighed and checked in terms of the levels of specific enzymes and genes that were strongly associated with aging. For example, the enzyme superoxide dismutase (SOD) is responsible for finding harmful free radicals that may be present in the body. A higher SOD level is therefore helpful in combating the aging process, whereas individuals with low SOD levels and more likely to experience aging faster. The mean lifespan of the fruitflies was also determined at the end of the research study period.

The results of the study showed very interesting results. Supplementation of diet with curcumin showed that the test animals increased their average lifespan. In addition, the anti-aging effects of curcumin was more pronounced among the female fruitflies, with a 25% increase in their lifespan, as compared to the males, who extended their lifespan by an average of 15%. The results of the study also showed that the supplementation of either 0.5 or 1.0 mg of curcumin showed differences the length of lifespan and this is mainly dependent on the sex of the fruitfly.

The levels of anti-aging enzymes such as SOD were also reported to be higher in the fruitflies that were given curcumin in their diet. On the other hand, genes that were responsible for the aging process were found to be less active in the fruitflies fed with curcumin. The significant increase in the average lifespan of the fruitflies is actually quite surprising, especially when a 15–25% increase was observed in the research study. It may thus be possible the simple food items or spices derived from nature may help us feel younger and fight premature aging.

This recent medical report on curcumin-added food items may thus simplify our activities in maintaining a healthy lifestyle. The use of natural food items and herbal spices may thus help us feel younger by preventing free radicals in the body from further affecting the cellular and molecular activities of tissues.