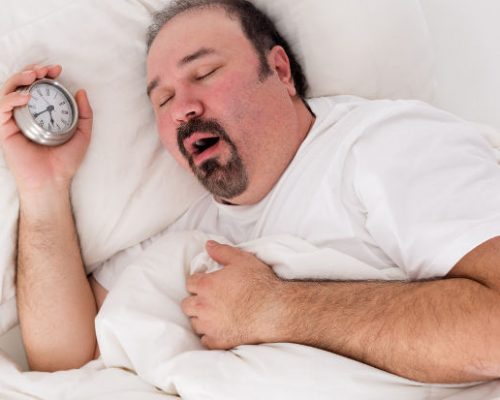 A new study led by the University of Glasgow has found that abnormal sleeping habits may increase the risk of obesity in individuals who are genetically susceptible to being overweight.

The study was based on data gathered from the UK Biobank and highlights that while genetics play a substantial role in obesity, lifestyle habits can also greatly affect your risk of becoming obese.

Researchers analyzed the interactions of sleeping habits and genes with obesity and revealed that those with a higher genetic risk for obesity had their overall risk increase whether they were short duration sleepers or long duration sleepers. Short sleepers with a genetic predisposition for obesity were found to be an average of four pounds heavier, while long sleepers with the same genetic predisposition were nearly nine pounds heavier on average. Abnormal sleep habits were found to negatively impact the weight of genetically at-risk participants regardless of their diet, pre-existing health concerns, and socio-demographic factors. In contrast, no link was discovered between these abnormal sleep habits and weight gain in individuals who were not genetically predisposed to carrying extra weight.
Dr. Jason Gill of the Institute of Cardiovascular and Medical Sciences commented on these findings, stating: “These data show that in people with high genetic risk for obesity, sleeping too short or for too long a time, napping during the day, and shift work appears to have a fairly substantial adverse influence on bodyweight. However, the influence of adverse sleep characteristics on bodyweight is much smaller in those with low genetic obesity risk – these people appear to be able to ‘get away’ with poorer sleep habits to some extent.”

The results of this study demonstrate that lifestyle habits can impact the risk of obesity, especially in those who are genetically predisposed to being overweight. Along with being mindful of diet and exercise routines, those at a higher genetic risk should also consider regulating their sleep and avoid adopting abnormal sleep habits.

Poor sleep can hurt your heart