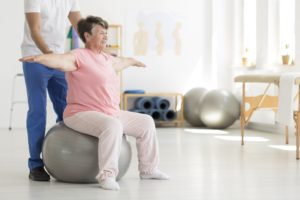 Physical therapy reduces opioid use associated with musculoskeletal pain. With the growing opioid crisis, finding alternative treatment methods to reduce the number of patients on opioids can help save lives.

There have been many studies as of late that have shown early physiotherapy intervention for lower back pain to be successful in reducing opioid use, but there is not enough information to suggest that physiotherapy treatment can aid in reducing musculoskeletal pain.

To dig deeper, a research group in the US collected insurance claims from the IBM MarketScan Commercial database made between 2007 and 2015. The researchers identified nearly 90,000 patients with musculoskeletal pain in at least one area of their body. Around 29 percent of these patients received physiotherapy within 90 days of their diagnosis.

The researchers found that those who received early physiotherapy were more likely to be younger in age and female. The researchers looked carefully for opioid use between day 91 and 365 after diagnosis. The analysis revealed that early physical therapy intervention was associated with a 10 percent reduction in long-term opioid use. Patients who received physical therapy within 30 days of diagnosis were even less likely to use opioids.

Reduction in drug use was seen highest among patients with neck, shoulder, lower back, and knee pain.

The study highlights the importance of alternative treatment and early intervention as a means of treating pain and reducing the likelihood of a patient taking opioids, especially in the long-term.