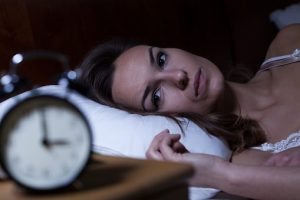 Pain, particularly chronic pain, has been a hot topic of discussion lately. While chronic pain often leaves patients with few answers and even fewer treatment options, researchers continue to work adamantly in the hope of discovering new mechanisms that can explain this medical phenomenon.

One strain of chronic pain researchers are especially interested in is chronic musculoskeletal pain, which is pain in the right or left side of the body that’s above or below the waist. This type of pain could provide answers for other types of chronic pain, as the spine and spinal chord are directly tied to the nervous system.

A controllable risk factor for chronic pain that has been examined in scientific literature is insomnia. A new study with the aim of examining the association between insomnia and the increased risk of chronic musculoskeletal complaints (CMSC) and chronic widespread musculoskeletal complaints (CWMSC) discovered an increased risk of CMSC and CWMSC in insomnia patients.

When following up with the participants, the researchers also determined the number of body points associated with the CMSC, as there is reason to believe that the mechanisms behind pain differ when the pain presents in different areas of the body.

For this study, researchers describe “pain” as either pain or stiffness to the point of bothersome discomfort, hence the use of the term “chronic complaints” as opposed to “chronic pain.” However, they’re intended to mean the same thing and can be used interchangeably.

“Chronic,” in cases of chronic pain, is defined as occurring for a period of three months or more over the course of a year. The participants of the study were under the examination of the researchers for a follow-up period of 9 to 13 years. The data was collected from participants through the Nord-Trøndelag Health surveys in Norway.

At the outset of the study, 2.4 percent of the participants showed symptoms of insomnia. These participants showed a substantial increased risk of CMSC and CWMSC over the course of the follow-up years. Specifically, the researchers found that insomnia was likely to increase the risk of the development of CMSC experienced in three body points or more. This was most clearly demonstrated in participants with five body points affected by CMSC. The results applied to both men and women.

The researchers noted that their results indicate that both conditions, insomnia and CMSC, increased the likelihood of the other, and as such are bidirectionally correlated. The causational relationship is still unknown, although the argument could be made that either of the conditions will cause the other.

Ultimately, the researchers indicate a relationship between the two conditions and these results should be taken into consideration when determining preventative measures for both insomnia and CMSC. It’s possible that preventing one could also prevent the other from developing, but further research will be required to confirm that hypothesis.