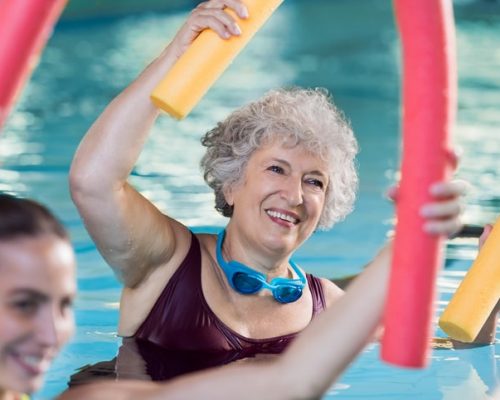 Many of us spend most of our working years looking forward to retirement but struggle to adjust once we reach it. After working for the larger portion of our lives, having the freedom and spare time to do virtually anything can seem daunting. These are also crucial years that can affect our health and overall quality of life when we become elderly.

Those who find the spare time invigorating may be more likely to take on new hobbies or invest in traveling. Others have a more difficult time adjusting, unable to enjoy the activities they previously participated in and feeling lost for purpose. In fact, a new study has found that physical activity and quality of sleep can affect mental health in the retired population.

The researchers examined the effects of replacing time spent working with physical activity, screen time, and sleep on mental health in a group of Australian retirees. They monitored the participants for signs of depression, anxiety, and stress. Other factors that were also analyzed included self-esteem, well-being, life satisfaction, education, marital status, reasons for retirement, and household income. The participants were asked to time recall their activities chronologically for 48-hour intervals at a time.

Overall, the researchers noted that the participants appeared happier after retirement than before, despite no significant difference in levels of anxiety or life satisfaction. They found that the participants now replaced 40 percent of their previous work time with chores around the house and 60 percent with sleep, quiet time, and screen time. They found that those who replaced their work time with physical activity instead of screen time or social activities showed better mental health overall. There were no statistically significant differences between the male or female participants, indicating that sex does not affect mental health post-retirement.

These results line up with other research that has been done on this topic. Maintaining physical health is known to result in better mental health and the two have been clearly linked in past studies.

The limitations of the current study include a lack of a control group and potential biases based on the fact that the data was self-reported from the participants and errors or falsities can be included because of this. The sample population was also taken from a group of retirees from a particular socioeconomic standing. Future studies should focus on the effects of physical activity on mental health in retired groups from across social and economic demographics.