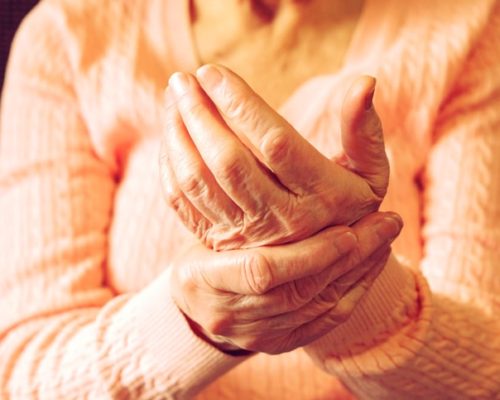 Rheumatoid arthritis is a common condition among people over the age of 65. It is an autoimmune disorder that occurs when the body’s immune system attacks the healthy tissues in the joints or bones. Typical symptoms include swollen and painful joints that may also feel warm.

More concerning, though, is the relation between rheumatoid arthritis and cognitive impairment in patients. Many patients describe their cognitive symptoms as a form of “fog” in the brain, experiencing trouble thinking clearly and concentrating as well as issues with their memory. New research claims that physical activity can help to clear away some of this fog, however.

The study’s findings were presented at the 2018 American College of Rheumatology and Association of Rheumatology Health Professionals (ACR/ARHP) Annual Meeting in Chicago, Illinois, which was held this past week. The study aimed to examine how certain risk factors, including obesity and inactivity, contribute to the cognitive effects of the inflammatory arthritis condition. To do so, the researchers examined 1,219 patients with rheumatoid arthritis.

Participants were, on average, around the age of 56 and the majority were women. At the outset of the study, approximately 10 percent of the patients complained of cognitive issues associated with their arthritis, stating that they were often troubled with poor memory, poor concentration, and difficulties remembering specific words when needed. The researchers followed these indicators of cognitive impairment and found that only memory difficulties significantly worsened by the end of the study.

Being Active Helps Your Memory

They did not find any significant association between sleep patterns, body mass index, or the use of certain medications with the worsening of cognitive decline in rheumatoid arthritis patients. Those who were concurrently receiving treatment for tumor necrosis factor were also less likely to show cognitive decline. Patients who were at a higher risk for disease and mental illness did show worsening concentration throughout the analysis period, however.

The researchers advise that these are only baseline findings for now. While physical activity was the most significant factor that seemed to protect individual participants from cognitive decline in association with their rheumatoid arthritis, this study was observational in nature, and therefore the results cannot offer and conclusive information about the causes behind this relationship. Further research will be required to fully analyze the effects of physical activity against cognitive decline in these patients.