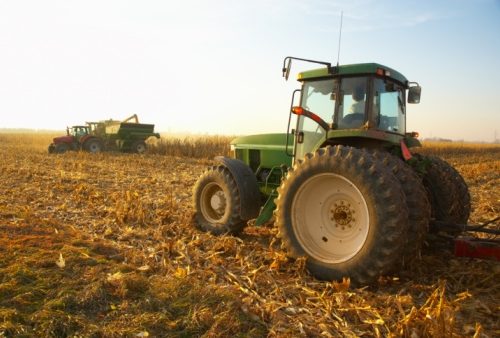 We see traces of pesticides in our everyday living environment. They’re in our soil. They’re in our water supply. Now, there is evidence that suggests that these toxic chemicals can be found on our healthy food, too.

In the last two years, almost half of all fresh organic produce tested in Canada contained pesticide residue, according to new findings provided by the Canadian Food Inspection Agency (CFIA) and reported by the Canadian Broadcasting Corporation (CBC). The data, which was taken between September 2011 and September 2013, revealed that of the 45.8 percent of samples showing some trace of pesticide, a smaller amount — 1.8 percent — violated Canada’s maximum allowable limits for the same.

RELATED READING: FDA Admits To Putting Us In Danger With These ‘Healthy’ Foods

Some types of organics showed a higher rate of toxic chemical residue than others. For instance, 77 percent of all organic grape samples tested positive, compared to 45 percent of apples. Meanwhile, carrots had a lower positive rate at 30 percent.

Generally, toxic chemicals have been associated with a variety of health problems, such as cancer, hormone disruption and brain toxicity. They can get onto organic fruits and vegetables — by way of water and soil — through pesticide spray drift from neighboring farms, and through contact with non-organic produce after a harvest.

10 ‘Healthy’ Food Practices That Could Make You Sick

Fortunately, none of the produce recently tested by the CFIA posed a serious enough health risk; the agency did not prevent any of the healthy food from being sold. Besides, studies have shown that the quantity and incidence of toxic chemicals in organics are consistently lower than those in non-organic.

In 2009, Canada introduced the Organic Products Regulations, which requires that such food is certified by an accredited third-party. Ensuring that organic producers follow the rules, certifiers carry out farm and facility inspections every year.

Rola Yehia, acting national manager of the CFIA’s consumer protection division, told the CBC: “…We have the system in place, and we have the confidence in our system, and we have the mechanism to address any non-compliances if they arise.”

Despite nearly half of all organics containing toxic chemicals, healthy food eaters should still feel good about purchasing them. In order to reduce your toxic chemical consumption, though, try eating less of the so-called “Dirty Dozen,” the most contaminated fruits and vegetables, according to the Environmental Working Group. They include apples, celery, sweet bell peppers, peaches, strawberries, nectarines, grapes, spinach, lettuce, cucumbers, blueberries and potatoes. If you’re going to buy organic, consider buying these.

While organic produce may not be 100 percent virtuous and free from pesticides, let’s still focus on the store periphery when you’re shopping for groceries. Whole foods are the most nutrient-rich and valuable to the body, consistently making them a far better choice than processed foods lining the store shelves and freezers.