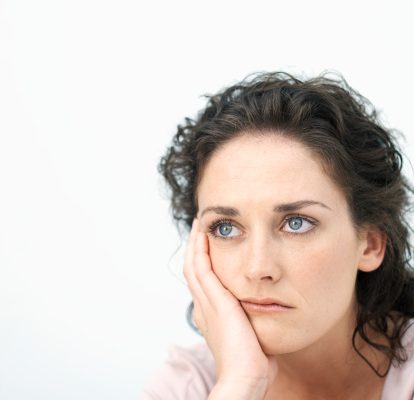 Planning your wedding can create unwanted stress and getting through your big day can create even more stress. Add in the birth of your first child and your stress levels may be through the roof. Can all of this stress affect your mental health? New research, published in the Journal of Vocational Behavior, shows that yes, these major life events can affect your mental health. Getting married and having your first child can result in decreased job satisfaction, especially if you’re a woman.

The researchers followed approximately 10,000 participants in the United Kingdom between 1991 and 2008 and measured annual job satisfaction levels. The findings from this study show that there is a boost in job satisfaction just prior to a first marriage and again prior to the birth of a first child. The researchers state that job satisfaction is often influenced by outside factors. This may be due to a positive attitude that an individual has in anticipation of these major life events, despite the stress that they may be experiencing. The positive attitude that individuals have before a major life event may spill over into their work environment, creating a positive attitude in the workplace, thereby increasing job satisfaction. However, once the life event happens, a person’s priorities may shift creating a work-home conflict which can have a detrimental effect on mental health. This is especially true when a couple decides to start a family. A new mother may feel enormous stress when leaving her baby to return to work. This may have a negative impact on her mental health and may cause her to be unhappy with her workplace situation.

The birth of a first child seems to have the most lasting negative effect on job satisfaction levels. People may remain unhappy in the workplace for up to five years after their first child is born. The negative effect is stronger in women than in men, especially for those working in the public sector.


The Positive Attitude Study…and the Results

This study provides some insight into the possible need to extend maternity and possibly paternity leaves for new parents in an effort to reduce the stress that new parents feel when returning to work. By allowing new parents extended time with their children, mental health issues may be less likely and job satisfaction levels may increase. Future research should look at job satisfaction levels between individuals that have regular maternity/paternity leaves compared to those that have extended leaves. This may provide evidence to re-evaluate the laws that we currently have in place and adapt them if necessary.