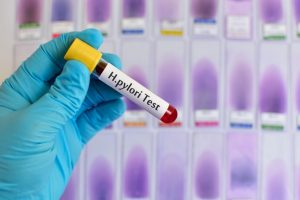 In Parkinson’s disease, motor symptoms worsen with stomach infection caused by H. Pylori bacteria. Parkinson’s disease is the second most common neurodegenerative disorder which can lead to tremors and decreasing motor coordination.

Researchers studied patients with and without a common infection of the stomach lining caused by H. pylori. The researchers found that one-third of the participants with the infection fared worse in motor symptoms, compared to those without the infection.

Over half of the global population carries H. pylori, with the highest infection rates in Asia. The bacteria infect mucus membranes in the gut, leading to chronic infections. Even with proper treatment, the infection may linger indefinitely.

As the present study was small in size, larger studies are required in order to confirm the findings. As of now though, the link between H. pylori and motor symptoms in Parkinson’s disease is strong enough to prompt further investigation.

Stiffness and slowing down is normal as we get older, but there are many motor symptoms that are not. Symptoms of Parkinson’s disease in the elderly have to be carefully considered, because early diagnosis and treatment can help minimize dopamine loss in the brain and help maintain muscle function.

Here’s an overview of some typical motor symptoms associated with Parkinson’s disease:

There are also secondary motor symptoms. For example, freezing of the gait is a sign of Parkinson’s. People who experience freezing will hesitate before taking a step. This symptom can be temporary, so a person then transitions to a normal stride once they get past that first awkward step.

While we can’t say why, it seems as if freezing happens in certain situations, such as when starting to walk, when pivoting, when crossing through a doorway, or approaching a chair. Micrographia is also considered a secondary motor symptom. This is the shrinking of handwriting, which occurs due to bradykinesia – the cause of difficulty with repetitive actions. A mask-like expression on the face and unwanted accelerations, when one’s movements are too quick, are secondary signs of Parkinson’s as well.

Below are more secondary motor symptoms:

Not everyone with Parkinson’s will develop all the signs and symptoms outlined above. Each patient’s experience can be different.
The majority of people who suffer from Parkinson’s disease also experience non-motor symptoms. These are signs that do not involve physical tasks or mobility. Normally, non-motor symptoms are not visible to a person’s family and friends, but they can be very upsetting to the actual sufferer.

Early Parkinson’s disease may lead to non-motor symptoms such as drooling, anxiety, and constipation