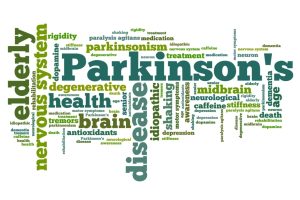 Early Parkinson’s disease may lead to non-motor symptoms such as drooling, anxiety, and constipation. Study author Tien K. Khoo explained, “Oftentimes, people with early Parkinson’s don’t even mention these symptoms to their doctors, and doctors don’t ask about them, yet many times they can be treated effectively.”

Newly diagnosed patients had on average eight non-motor symptoms, compared to three among those without Parkinson’s disease. The most frequently reported symptoms were drooling, urinary urgency, constipation, anxiety, and reduced sense of smell. These symptoms may be present long before Parkinson’s disease is diagnosed.

Khoo added, “These results show that Parkinson’s affects many systems in the body, even in its earliest stages. Often, these symptoms affect people’s quality of life just as much if not more than the movement problems that come with the disease. Both doctors and patients need to bring these symptoms up and consider available treatments.”

Although the primary symptom of Parkinson’s disease is the progressive loss of motor skills – walking, for example – there can be a variety of non-motor symptoms as well. Some of these symptoms include mood disorders, cognitive changes, hallucinations and delusions, orthostatic hypotension, sleep disorders, constipation, pain, fatigue, vision problems, excessive sweating, increase in dandruff, urinary urgency, frequency, and incontinence, loss of smell, sexual problems, weight loss or weight gain, and impulsive control disorders.

As previous research found that the most common non-motor symptoms of Parkinson’s disease were drooling, anxiety, and constipation, we will examine these three in greater detail.

It’s important to note that anxiety in Parkinson’s is not associated with disease progression, and it can be present even before diagnosis or much later. Some patients may experience only anxiety, or it may be accompanied by depression.

Treating anxiety and depression is important as both can contribute to worsened health outcomes.

Drooling is even more common than anxiety in Parkinson’s disease, affecting 70 to 78 percent of patients. Many find it useful to carry around a handkerchief in order to clean up drooling. Men have been found to drool more than women with Parkinson’s disease and they are also more embarrassed by it, too.

Why drooling occurs in Parkinson’s disease is not completely clear, but it can be explained by the fact that these patients do not swallow as much as those without the disease. Research studies have uncovered that Parkinson’s disease patients do not produce more saliva than people without the disease. In fact, they produce less.

Along with embarrassment, drooling can also contribute to sores in the corner of the mouth and bad breath.

Causes of constipation include lack of dopamine, uncoordinated bowel movements, eating problems, drinking problems, a sedentary lifestyle, and a side effect of medications.