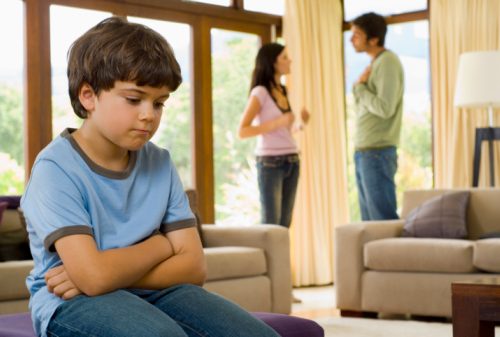 Depression, Anxiety and Your Children

Well-known author and Harvard psychology professor, Daniel Gilbert has gone on record saying parents are less happy than non-parents. Gilbert, often referred to as “The Happiness Expert” draws upon extensive research to conclude that zero offspring equal more cheerful days. Gilbert who is a father and grandfather himself, used bar graphs at a conference in Sydney recently to demonstrate childless adults are much happier than parents. He says after people have kids, there appears to be a downturn in mood. This mood does not change again until the children move out of the family home. Of course this is commonly referred to as the “empty nest” stage of life for parents.

Levels of Happiness and Parenthood

Gilbert and other psychologists explain that when couples have children their levels of happiness change.  When you first learn that you are expecting, you are overjoyed. During the pregnancy there is a lot of excitement and anticipation. The baby is born and both mom and dad are overwhelmed; just can’t seem to get that smile off their faces, yet as time passes and children grow older happiness takes a big hit. It turns out that stress, anxiety, and even depression come into play for many parents.

Gilbert concedes that it is true that parents tend to forget the difficulties of raising a family when their children bring them joy. He compares it to a ball game where your nerves are on edge because your team hasn’t had a single run and then suddenly someone hits a game-winning homer in the ninth. In other words, we always remember the magical moment like the time our child says “I love you”.


Majority of Studies on Stress and Anxiety …and Parenthood?

While the majority of studies seem to support Gilbert’s findings about Happiness and parenting, other research claims the opposite.  New information published in the journal Psychological Science, states that fathers have less depression and anxiety than mothers and non parents. The research describes the Dad’s as having positive emotions and more meaning in their lives. The report did point out that U.S parents appear to be less happy than their foreign counterparts.

Parenthood, Stress and Depression – The Study

Some academics suggest that study results on happiness largely depend on how survey questions are asked. The type of day or week the participate has had with his or her children can also influence the outcome of such studies. Psychologists add that some people will exaggerate the joys of parenthood because they don’t want to be seen as complainers or as “selfish”.

There are times when parents are obviously going to be put to the test in terms of their patience. Crying babies, runny noses, multiple diaper changes, homework overload, battles over bedtime or curfews…these issues can all cause a parent stress and anxiety. Children also come with huge financial responsibility which can add more stress. Financial analysts say it costs close to 250,000 dollars to raise a child from birth to 18 in North America. Keep in mind this does not include the cost of University.

RELATED READING: Mood and Mortality – Another Reason to be Happy

Although many people are aware of the challenges going into parenthood they forge ahead. The experts say the desire to have children is built into our DNA. People believe that having children will be more rewarding than any of the negative aspects associated with parenting.

It is interesting to note that in 2004 a U.S census study showed that 18.4 per cent of women between the ages of 35 and 44 were childless. As well, Yale reports that in Australia, Italy, Germany and the United States, the proportion of childlessness among women in their 40’s has doubled over the past three decades.