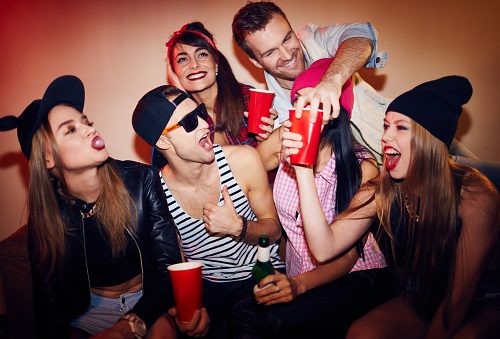 A new study finds that parents should be doing more to discourage their teens from drinking.

It is widely and commonly known that alcohol consumption, in any amount, can be detrimental to one’s health. Not only can alcohol use turn into alcoholism, but it is also a known cause of cancer. In both men and women, alcohol has been shown to increase the risk of cancer in the mouth, pharynx, larynx, esophagus, and bowel. It has also been shown to increase the risk of breast and liver cancers in women.

A new study done at the University of Adelaide’s School of Psychology says that parents need to be actively discouraging their teens from drinking. This includes educating their children on the long-term risks of alcohol consumption and demonstrating responsible drinking habits. Many teens view drinking as a fun activity to engage in but are not aware of the potential lifelong consequences. As drinking habits often develop during the teenage years, it’s crucial that teenagers are educated on the potential risks involved.

This study surveyed 2,800 Australian students, aged 12–17, about their drinking habits. The results showed how common it was for teens to drink, as the majority of students had tried alcohol at least once by the age of 16. Approximately 33 percent of the participants said they drank regularly and only 28 percent had knowledge of the link between drinking and increased risk of cancer. Those who were aware of the link said they were less likely to drink than those who didn’t.

Currently, alcohol contributes to four of the top five causes of teenage deaths in Australia. While many parents believe that providing alcohol for their teenage child in their own home is a safe way for them to learn about drinking, the results of this study show that this practice may actually increase the teenager’s overall alcohol consumption.

The best practices for parents are to discuss the risks of alcohol use with their children, introduce them to the idea of sobriety as a lifestyle option, limit alcohol consumption in front of their kids, have events in their home that do not include alcohol, and not offer to buy alcohol for their children or host “wet” parties in their home. The results of this research show just how much influence parents have on what kinds of drinking habits their children develop.

Binge drinking is more likely during holidays, may harm your brain